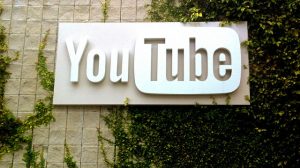 So the liberals over at social media platform YouTube decided to use the Thanksgiving holiday as an opportunity to lecture Americans and scold them for how indigenous peoples have been treated historically.

Give me a break.

“Unthanksgiving is about acknowledging, educating, and honoring centuries of Indigenous resistance,” the Google-owned company explained. “Coinciding with New England’s National Day of Mourning, Unthanksgiving activates Alcatraz Island, the site of a 19-month occupation by Bay Area Natives in 1969.”

For Indigenous and Native Americans, the fourth Thursday of November is dedicated to Indigenous history, activism, and resistance. It’s called Unthanksgiving. pic.twitter.com/SS9PGRiUmK

“For generations, Native Americans and Indigenous persons have shared their experiences, using Unthanksgiving as an opportunity for intergenerational and intercultural dialogue,” YouTube continued.

“Generations before have lived on these lands. Days like Unthanksgiving are opportunities for learning and understanding whose land you live on,” the company added.

So apparently, Unthanksgiving Day has been a holiday of sorts since 1975. It coincides with the National Day of Mourning, which is a similar event that has been going on in Massachusetts since 1970.

These people miss the entire point of the Thanksgiving holiday. It represents a time when folks of different walks of life put aside their differences and came together to enjoy each other’s company and to provide help to survive a harsh time of the year.

It’s about coming together. Why can’t the radical left ever focus on that particular point? Instead, they would rather rip us apart.