Young Boy Puts Down Intruder Who Shot His Grandmother 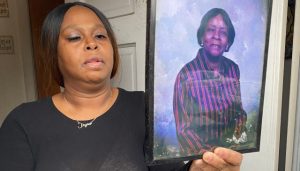 Over the weekend, President Joe Biden released a statement in memory of the Parkland school shooting, taking an opportunity to call for massive gun control restrictions, all of which he revealed in a plan during the campaign season.

What liberals like Biden don’t realize is that these laws don’t impact criminals, they impact law abiding citizens who are just trying to exercise their God-given right to protect life, liberty, and property.

If a lot of the restrictions that liberals wanted were enacted, people like a 12-year-old boy from Goldsboro, North Carolina and his grandmother might not survive an encounter with a home intruder.

Police said 73-year-old Linda Ellis’s home in Goldsboro, North Carolina, was broken into Saturday night by two masked robbers, and after one of the intruders shot her in the leg, her grandson opened fire, killing one of the men, according to WRAL.

The two home intruders reportedly demanded money and fled after one of the intruders was shot.

Ellis was taken to a local hospital and is expected to stay there until Monday.

Police said the boy acted in self-defense and will likely not face charges.

This is why the Second Amendment exists. Well, it’s one part of the reason that is. Our founders realized how fragile liberty is and how wicked, self-serving men would gravitate toward the power offered to them by serving in the government. It wouldn’t take long for these individuals to gain a greedy hunger for power and seek to strip gun rights so they could take more power from the citizenry.

It’s why the Constitution was created in the first place. To chain the government down and prevent them from trampling our rights.

Kudos to this young man for being brave enough to defend his family.