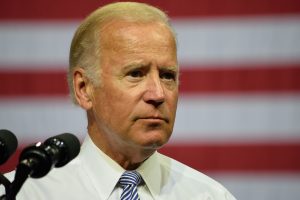 Joe Biden has been an official candidate for the Democrat presidential nomination for roughly 37 seconds and already there’s an optics outrage.

Setting aside the fact that Biden’s 2020 run was already marred by controversy before he even announced his intent to run yesterday, the comparatively minor gaffe that has the wokest of the woke crying “racist” is just ridiculous. Even I’d give Joe a pass on this one, as long as he kept his hands to himself.

So what exactly did Joe do that has the leftist tin-hatters imagining ties to white supremacists and the alt-right? You won’t believe it.

Joe—or, more likely, an underpaid campaign staffer in charge of social media—made a series of Instagram posts which, when viewed together, form a whole picture reminiscent of a campaign poster: 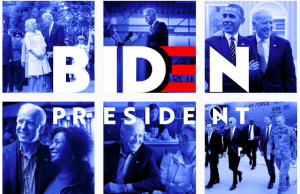 What’s the matter? Don’t see anything wrong with it? I mean, aside from it being an advertisement for Joe Biden, of course?

If you looked at that whole image and saw no glaring issues, congratulations. Your brain works just fine. Go tell your friends.

Scads of leftist Instagram users, however, immediately noticed this, and let their imaginations run wild: 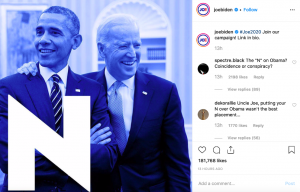 If you still don’t see a problem, well, you may not be cut out to run for the Democrat nomination in 2020. Congratulations again.

Lots of other folks, however, seem to believe that the letter “N” was superimposed over former president Barack Obama intentionally, because Biden is either a closeted racist or wants to nab the votes of racists. Really.

In an op-ed for Medium, it was posited that the surprisingly controversial photo is actually Biden “dog-whistling” to white supremacists.

Zeli attempted to beef up his theory by reminding readers of an incident back in 2017 in which Biden described then-President Obama in the following condescending, covertly racist terms: “I mean you’ve got the first sort of mainstream African American who is articulate and bright and clean and nice looking guy. I mean that’s a storybook man.”

Can someone get Zeli and the wokeys over on Instagram one of these? They’re having a little trouble reaching: 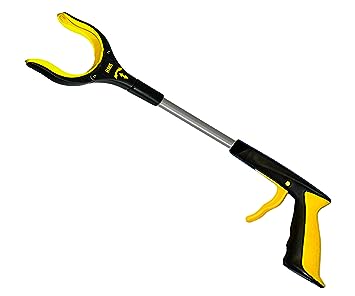 The Daily Wire’s Amanda Prestigiacomo noted a few comments from Instagram users who agreed that the “N” photo was either intentionally racist or, rather generously, optically sloppy:

The “N” on Obama? Coincidence or conspiracy?

Well this one didn’t turn out well. Time for a new social media manager. Don’t get me wrong, I’d like a Biden presidency. But since this is the only post that showed up in my feed, it looks racist af.

‘N’ ON A PHOTO WITH OBAMA? I mean, could have chosen a different photo

Oh, Joe. I’m tempted to feel pity for the guy, and I might if he weren’t a handsy weirdo. It’s overwhelmingly obvious that, to the rest of the population who isn’t constantly scrutinizing every facet of life through racially-charged lenses, the photos were arranged without any clandestine agenda. Try telling that to the woke mob, though.