You Either Believe All Women, or You Don’t. Period. 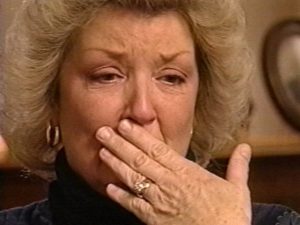 “Every woman has a right to be believed.”

While some people who believe in that old-fashioned notion of a right to being tried by a jury of their peers may beg to differ, if you believe every woman has a right to be believed when accusing a man of sexual assault, you go right on ahead and believe that.

The Democrats, who consider themselves champions of women and frequently lead us to believe that the United States is a dystopic society in which women need three or more witnesses to accuse a man of rape and are legally treated as second-class citizens (you know, like in Saudi Arabia or Yemen or something), are currently crying “all women have a right to be believed” in the face of eleventh-hour accusations dropped on SCOTUS nominee Brett Kavanaugh just before his confirmation.

They, and their lapdogs in the media, are confidently using the phrase “credibly accused” to refer to a woman who can’t remember where and when the incident occurred and has changed her story at least once.

When they haven’t used this phrase is when a woman who knew precisely where and when the man she accused allegedly assaulted her and gave distinct details that corroborated with the accounts of other women who have also accused the same man of violent sexual assault is when Juanita Broadderick accused Bill Clinton of rape in 1992.

Because you see, Broadderick had herself set up to be used as a weapon against a Democrat. So we should scrutinize her story. But Christine Ford is in the position to upset the nomination of a judge who is favored by Republicans. So her story gains considerable credibility on that alone.

Broadderick, Matt Walsh argues, gives us the epitome of a credible accusation. Ford, on the other hand? She’s not necessarily lying, but by comparison, her story is far, far less credible:

Broadrrick didn’t come forward until Bill Clinton was in his second presidential term. She wasn’t some devout right winger running onto the scene a week before the 1992 election. If this were a politically motivated smear, it would mean Broaddrick is brilliant and enormously stupid all at once. Brilliant for concocting such a compelling story and sticking to it so convincingly for so long, but stupid for waiting until the guy had already been elected governor twice and president twice to finally set her plan in motion.

But Broaddrick need not be brilliant or stupid. She is just a regular person telling the truth. She has given us a perfect example of a credible accusation. Ford’s story, on the other hand, does not meet this standard. It doesn’t even come close to it. Does that make it untrue? No, not necessarily. But that probably makes it somewhat less than credible. And it also means that any honest person who believes Ford, despite all of the valid reasons for doubting her, must certainly believe Broaddrick.

And that’s really the bottom line here: you can either doubt both these women’s stories, or you can believe them both, as well as all women.

But you sure as hell can’t do both.