Workers At A “Socialist Paradise” Food Co-Op Learn The Truth, Try To Fix It With A Union 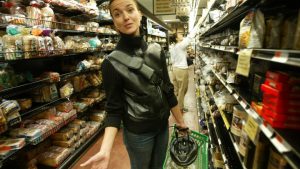 Some folks have never read Animal Farm and it really shows.

Collectivism, socialism, communism, even direct democracy—any system that revokes the autonomy and rights of the individual in favor of the group just isn’t going to work out so well. Power ultimately becomes concentrated, corruption becomes protected, and complete obedience—even adoration, in some cases—is eventually demanded.

In short, not really a very good business model, which generations of “employee-volunteers” at the Park Slope Food Co-Op in Brooklyn have learned the hard way.

According to the New York Post, workers at Park Slope are required to put in a few hours of work each month in exchange for a 20% to 40% discount off the co-op’s “low-cost, environmentally friendly fare.”

That doesn’t sound so bad, does it? Heck, if Wegmans would let me stock shelves for a few hours a month for a discount, I’d be there in a heartbeat.

Workers at this little Marxist microcosm, however, seem to be getting a whole lot of extra problems they hadn’t counted on.

“Employees of the Brooklyn food collective recently alleged unfair labor practices by the co-op in a filing with the US National Labor Relations Board,” the Post reports, noting that the “iron-fisted management” at the co-op “threatened and punished” folks who spoke up or pursued unionization.

“Most of the employees were afraid to provide details of their union battle, telling The Post that they feared their bosses would crack down on them. But one source said the overworked employees are demanding more staffing, better scheduling practices and more transparency from co-op brass.”

Park Slope’s management is comprised of six folks who are also counted in the list of 75 employees. Anonymous employees reported that management has done quite a bit of punitive union-busting for the sake of the co-op’s image as a socialist paradise, while members of management offered a statement indicating that they would approve of unionizing as long as the decision was “made democratically.”

Described by a former member to the Post as “something between an earthy-crunchy health food haven and a Soviet-style reeducation camp,” the co-op was founded in 1973 and is reportedly one of the oldest co-ops still in operation.

Not letting a drop of irony go to waste, the co-op’s anti-capitalist management has been known to boycott several American companies over “unfair labor practices,” including Coca-Cola, Domino sugar, and products from a local Kosher bakery.

This isn’t the first time Park Slope’s not-so-pristine reputation has been smudged, the Post adds. In 2017, two of the co-op’s managers were accused of embezzling from the shop in order to fund pricy trips to Europe. Back in 2011, it was discovered that some of the co-op’s “members” were actually household staff of Brooklyn’s most bourgeoisie families who were made to work at the co-op so that their employers could get that grocery discount without—perish the thought—actually working for it.