You Won’t Believe Who’s Been Living in the White House! 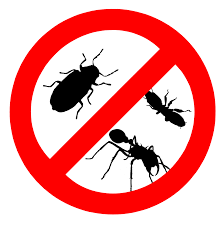 North Korea resumed their ballistic missile testing this week with a platform capable of delivering a nuclear strike against the state of Washington. An epidemic of sexual misconduct allegations is ending the careers of politicians from both parties as well as a growing number of celebrities. A San Francisco jury decided that Jose Ines Garcia Zarate really did just happen to find a gun that spontaneously fired, killing Kate Steinle entirely by accident.

Most journalists would find themselves distracted by so much going on in the nation and around the world. The newsroom staff at Washington D.C.’s NBC affiliate, however, are not your average reporters. Those intrepid seekers of truth are made from sterner stuff, and this week their dedication to relevant, life-changing news paid off.

What comes next is strong medicine, so if graphic content causes your heart to palpitate, your stomach to churn, or your hiney to clinch, don’t read any further! Go find something tamer and more wholesome to entertain you. For those brave souls willing to read on despite the warning, take a shot of courage and hang on to your seats because here it comes.

The White House, it turns out, is home to cockroaches and mice! Seriously! Who could imagine that pests would be an issue in a building with a cornerstone laid down in 1800? The People’s House is only 217 years old – 200, if you count from the date President James Monroe moved into the mansion after the British burned it in 1814. Obviously, the maintenance crew needs a serious upgrade.

Now, before anyone gets too panicky or gives up all hope for the future of our republic, NBC did offer some good news. Work orders from 2017 mirror almost exactly the work orders from 2016, so the roach-and-rodent situation is a bipartisan issue. All is not well, however. One service request during the Trump administration seems particularly troubling. At some point, someone requested a new toilet seat for the toilet serving the Oval Office.

While the possible effects this request might have on international diplomacy have yet to be fully understood, Special Counsel Robert Mueller has been given an unlimited budget to see if the faulty toilet seat was used in any way by the Russians to sway last year’s Presidential election in Trump’s favor. According to Congressional Democrats, the toilet worked perfectly throughout the Obama years and the sudden need for a new seat suggests a particularly nefarious plot is afoot in the West Wing.

As far as the pest problem goes, Democrats say they will wait to make sure the offending insects and rodents entered the country illegally before deciding whether or not they’re outraged at efforts to eradicate the stealthy invaders. If they do prove to be undocumented pests, a top DNC official said, they must be allowed to remain regardless of any inconvenience they might cause. America, the anonymous official said, does not turn away those in need unless they support conservative causes, which is clearly not the case hear.

Thinking Americans, of course, have long known about the rat and roach problem long plaquing both the White House and the U.S. Capitol Building. In fact, many saw last year’s elections as something of a national Orkin moment. Obviously, much work remains done. Maybe we need to call in Terminix for 2018.