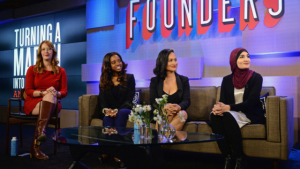 If you know someone is a patriarchal white supremacist Nazi because Trump, who needs bother with taking two seconds to learn their name before telling your followers to hate him too?

The Women’s March managed to give us a perfect representation of exactly how the entire left is responding to Trump’s new SCOTUS nominee by neglecting to fill in an email blast they’d prepared before the announcement.

Like the rest of the left, it didn’t matter to these ladies who the nominee was or what he actually stood for, they had their mind made up already.

The White House announced the selection of Brett Kavanaugh as the much-anticipated pick to replace Justice Kennedy on the Supreme Court. PR shops were working overtime flacking for and against the pick. However, one organization that was not working overtime was the hyper-liberal Women’s March.

The leftist group that sprang from Trump’s election victory blasted out an email to reporters and supporters slamming Trump’s nominee as part of a “patriarchal” and :white supremacist” agenda. Only one problem: They sent it out prematurely. The copy sent to hundreds of journalists just included an “XX” where the name of the justice should be. In the same blast, ‘Kavanaugh’ is spelled wrong – with a ‘C’ instead of a ‘K.’

Hysterical hyperbole about how doomed intersectional politics will be under the new Supreme Court? Check.

Completing the form email they had written for any of the possible picks? OOPS.

I like how they believe that “Cavanaugh’s” appointment will be a “death sentence” for thousands of women. How’s that, ladies?

Since when does having a baby kill you? No, Roe v. Wade was a death sentence for millions, 60 million to be exact.

The only thing that was given a death sentence yesterday was this immoral, unconstitutional ruling that has contributed to a culture of death and selfishness in our nation for decades.

Here’s the thing: conservatives, most of whom hoped to see a judge likely to overturn Roe, waited for the announcement before making their assessment of the nominee.

Leftists like the Women’s March already had their mind made up that they’d be awful simply because any one of them was likely to overturn Roe.

How sick is that?