Woman Said She Was A Registered Nurse With Big Time Education. She Was A Total Fraud. 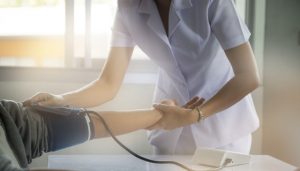 A woman by the name of Sonja Emery seemed to be the perfect candidate for a hospital in search of a highly qualified nurse. She had multiple master’s degrees and a doctorate from several prestigious universities.

Emery was supposedly licensed in California, Connecticut, Georgia, and New York. She also possessed a rather lengthy and highly commendable resume.

The woman used these credentials to help land  a job at a health care consulting firm as a senior vice president. The company is located in Ann Arbor, Michigan. How much was Emery pulling down as a salary? Try $285,000. She was then able to get some consultant jobs at other firms in the states of Wisconsin and Massachusetts, where she was paid salaries somewhere between $226,000 and $267,000.

Emery was paid roughly $960,000 as a senior executive for a health services agency in a California county between 2015 and 2018.

Sounds like a great success story, right? Well, as it turns out, everything this woman ever claimed about herself — her licenses, work history, etc. — was all a lie according to the DOJ.

According to documents and information provided to the court, Sonja Emery, using several aliases including “Sonja Lee Robinson,” “Sonjalee Emery-Robinson,” and “Sonjalee Emery,” resided in Georgia, New Jersey, New York, and California. From 2011 through 2018, Emery falsely represented her professional status, educational background, and work experience to secure and maintain highly paid consulting positions in the health-care industry. She falsely claimed to be a Registered Nurse licensed in New York, Georgia, Connecticut, and California, and provided employers with licensure numbers that belonged to other people. In fact, she never was a Registered Nurse. Emery also falsely told employers she had a Bachelor of Science in Nursing, a Master’s degree in Health Administration, a Master’s degree in Business Administration, and a Doctor of Philosophy degree from Emory and New York Universities, but Emery never attended those schools or received such degrees.

During the years Emery used her false claims to secure high-paying jobs, she either didn’t file tax returns or filed them late. “She sought to avoid being detected by providing employers with different names and false social security numbers, by falsely instructing employers that she was ‘exempt’ from taxes, and by supplying an employer with an identification number that did not belong to her,” the DOJ said.

Emery was arrested in 2018 and pleaded guilty to mail fraud and tax evasion in February. This week she was sentenced to 65 months (more than five years) in prison, another three years of supervised release, and was ordered to pay back the $2.2 million she fraudulently received from employers and another $697,000 in restitution to the U.S.

Emery faced up to 20 years in prison for mail fraud and five years for tax evasion for a total potential maximum of 25 years in prison. She received a fifth of that sentence.

Principal Deputy Assistant Attorney General Richard E. Zuckerman of the Justice Department’s Tax Division, along with U.S Attorney Matthew J. Schneider for the Eastern District of Michigan were the two individuals who got to announce Emery’s sentence Thursday.

This is a truly crazy tale, isn’t it? How in the world did Emery manage to land all of these jobs without someone looking into her qualifications? What took so long for her to get busted? Are people really this lax nowadays when it comes to their hiring processes?