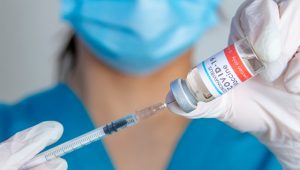 New reports have revealed that the Madison Catholic Diocese has sent out instructions to its 102 parishes not to host coronavirus vaccine clinics in their schools and churches.

The directive, handed down directly from the diocese, comes after federal action made the vaccine available for kids between the ages of 5 to 11.

Diocese spokesperson Brent King said the Diocese wants to maintain its “neutrality” on whether to get one of the vaccines approved for children and adults. All of the vaccines have been proven safe and effective at preventing a virus that’s killed more than 750,000 Americans.

“The Diocese has not and will not wade into the polarizing and political environment surrounding this issue, especially as it could potentially pressure individuals to act against their consciences,” King went on to say in a statement.

While the diocese is directing its parishes not to set up vaccination clinics, it also says “it is morally permissible to receive the COVID-19 vaccination in good conscience,” King said, “but there are also valid reasons, including reasons of conscience, why people might decide not to be vaccinated or have their children vaccinated.”

One of the parishes, Queen of Peace, that hosted one of these clinics, had been hoping that they would be able to hold a second one for kids to take the jab, stating they were “deeply disappointed” by the decision from the diocese.