Will the Real Cowards Please Stand Up? 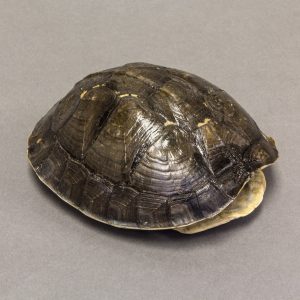 Packed away in the back of every man’s brain are a little boy’s dreams of saving the day. In that storehouse of memories are slain dragons, out-gunned bandits, vanquished foes, and befuddled villains. For most, those fantasies get overwhelmed by house payments, soccer practice, and a 401(k). Still, the “What if?” is always there, however deeply life buries it.

As the scenario he had run through his head probably thousands of times played out on his watch, Broward County Sherriff’s Deputy Scot Peterson had to stand up and respond to that question. Law enforcement officers are expected to already know the answer the first time they pin on a badge. However, things don’t always go according to plan.

On February 14, Deputy Peterson faced the worst situation most people can imagine. The monster finally looked his way and, after years of intense training and preparation, Scot Peterson blinked. Seventeen of the students he was charged with protecting died. Some of them intentionally stepped into the line of fire, getting the right answer to the question Peterson couldn’t answer.

Initial reports suggested the former deputy simply didn’t have the courage to do his duty. Later reports said he was ordered to stand down and wait for back up. Peterson’s explanation is that he thought the shooter was outside, and he positioned himself in the most tactically advantageous position available.

More theories will come, and all will be equally irrelevant. A school resource officer is entrusted with the most precious thing we have as people and as a nation – our children. Whether Peterson’s lapse was due to cowardice, ineptitude, panic, or circumstances beyond his control, he did not meet that most sacred responsibility, and he is going to have to live with the consequences.

Criticism came quickly, and it has been predictably harsh. Mr. Peterson is in the unfortunate position of being an easy target in a difficult situation. People are scared and frustrated. Many feel helpless, overwhelmed by a problem that has no easy answers. These emotions, especially when they’re combined with grief, can create an ugly mob. That is something we cannot allow to happen.

Mr. Peterson resigned from the Broward County Sherriff’s Department almost immediately after the shooting. If he has any decency or humanity, as it appears he does, he is going to spend the next months and years living in a hell most of us could never imagine. That doesn’t mean he isn’t deserving of the anger and scorn directed his way. Civil and criminal proceedings will no doubt be considered, and they might be found appropriate. However, no punishment will come close to the pain his own guilt is going to inflict on this one-time hero.

Demonizing Scot Peterson might provide an enormous amount of satisfaction, but nothing good will come from allowing feelings to rule the day. At the very least, more people will die violent and senseless deaths. At worst we will experience the gravest threat to our liberties this nation has ever faced. The fire of emotion burns everything in its path. When rational thought finally returns, it’s usually too late.

It’s time for our leaders to remove emotion from the discussion and, instead, understand how Deputy Peterson’s actions lend themselves to the gun control debate. In addition to violating the Constitution, the hysterical demands to ban guns — any guns — fly in the face of reason. Leaving weapons only in the hands of the police and violent criminals supposes that law enforcement will always protect defenseless citizens. Deputy Peterson’s actions demonstrate just how foolish and dangerous that assumption is.

The officers who dedicate their lives to protecting us every day are incredible; they’re heroes. And they’re human. Putting on a badge doesn’t make them infallible. They make mistakes. They can’t be everywhere all the time. Sometimes, we have to depend on ourselves. Taking away the average Joe’s and Jane’s ability to defend themselves is nothing more than self-serving, emotional tyranny.

Was Deputy Scot Peterson guilty of cowardice on February 14? Probably. We’ll never know for sure. Are those calling for gun bans in the aftermath cowards? Absolutely. Are those elected to govern us cowards? We’ll see.

Since our leaders are reflections of ourselves, we’ll soon find out if we’re a nation of courage or cowardice. The odds, it seems, are pretty even. Only the most desperate gambler would make the bet either way, and only the shadiest bookie would take it. If we fail in these next months to protect the republic our founding fathers left us, it might well be time to replace the majestic American bald eagle as our national symbol with a turtle, or at least a closed-up turtle shell.