Will “Little House on the Prairie” Be Added to the Banned Book List? 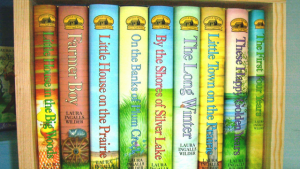 You know you’ve reached peak political correctness when you’re stripping one of the most celebrated American autobiographers of her laurels over “stereotypical attitudes.”

What does that even mean?

Laura Ingalls Wilder, the author of the “Little House on the Prarie” series, one of the most popular and delightful series in all of American children’s literature, has had her name stripped from a literary award over “racism concerns” about the way the author wrote about black and Native American people.

Again, this is an autobiographical series, meaning she was writing about her own life and what she observed growing up in the frontier days.

The series has long been a staple of childhood reading lists due to the engaging stories and valuable insight into such an interesting period of American history. I’m not entirely sure why no one noticed there was potential to find offense in the series until now, but it’s 2018 and people are running out of things to be offended over.

Maybe political correctness works kind of like Hollywood movies, when you can’t come up with something original, just look back to the classics for new material, right?

Fox News has the story:

Laura Ingalls Wilder’s name is set to be removed from a major children’s book award after concerns were raised about the “Little House on the Prairie” author’s depiction of certain races in the early-to-mid 20th century.

The Association of Library Service to Children’s (ALSC) board voted unanimously on Saturday to rename the “Laura Ingalls Wilder Award” as the “Children’s Literature Legacy Award.”

The association, which took the vote at its board meeting in New Orleans, said the vote “was greeted by a standing ovation by the audience in attendance.”

Wilder is best known for her “Little House on the Prairie” novels, which the ALSC has stated “includes expressions of stereotypical attitudes inconsistent with ALSC’s core values” based on Wilder’s portrayal of black people and Native Americans.

I would like to take this opportunity to note that, to this day, Planned Parenthood still gives out the Margaret Sanger Award to champions of “reproductive rights” like Hillary Clinton, Nancy Pelosi, and Jane Fonda.

Margaret Sanger spoke extensively of the propensity of black and Latino people to over-breed and founded Planned Parenthood to help control their populations, using very much the same language we used today to discuss the population of invasive plants or animals.

So, Laura Ingalls Wilder: wasn’t politically correct because she lived in a time period in which people had real problems, like trying to protect themselves from violent Native American tribes and deathly childhood illness. Margaret Sanger: literally wanted to control the population of “colored” people.

And just who, I ask you is more offensive to the left?