Why Yes, Stormy Daniels’ Lawyer IS Running for President. Here’s His Proposed Platform. 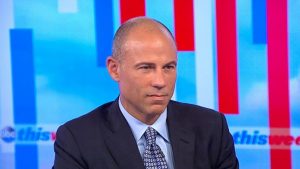 Stormy Daniels and her media darling lawyer are the heroes the Democrats need right now.

…Because they don’t really have anyone else…and they’re still holding out hope that Stormy Daniels could be “Trump’s Monica” and finally be the key to taking him down.

Even though they vehemently defended Clinton for having a Monica.

What was I talking about again?

Oh, yea, the Democrat prospects for the 2020 election.

Yes, they’re looking pretty dismal, as Bernie Sanders will jump ship and the most exciting candidate Dems have left appears to be Daniels’ lawyer, Michael Avenatti, who as you may recall spent two months camped out in the CNN green room earlier this year.

He apparently loved being on CNN so much, he’s now been strongly hinting at a Presidential run, which would honestly be great news for conservatives, not to mention anyone who enjoys a good laugh.

Let’s get started with the laughing–check out his platform, via The Daily Wire:

The anti-Trump star lawyer is apparently looking to be the antiTrump. Here’s the platform he shared on Twitter this week, which he assures us is not an exhaustive list:

Many have asked me my position on various issues. Below is a summary of where I stand. This is not an exhaustive list and more positions & details will follow. Most importantly, I didn't have to hire a pollster or political consultant to tell me what to say or what to believe. pic.twitter.com/hbXj1Vv3O9

I think the most level-headed response to his potential run and proposed platform can be summed up as follows:

I don’t know about you, but I’m looking forward to 2020 already!