FUNNY: Who’s Tired of the Royals? 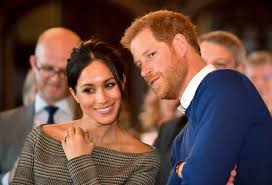 Every dadgum day!!! I’m tired of seeing American headlines about the royal family in Britain.

Ladies and gentlemen, Prince Harry and his lovely bride have made the decision to leave Buckingham Palace, quit the royal life altogether, and get jobs.  Does anyone care? Anyone? Anyone? Bueller?

Now, it takes a special kind of nerd to be a United States citizen and give two craps about what’s going on with the Royal Family in Britain after we kind of fought a war so we didn’t have to.  I’m talking a deeper than Star Trek kind of nerd, the guy or gal who lives not in the basement of his parents’ house – you know, like Harry and Meghan have been doing – but instead lives in the root cellar under the basement.  This pasty white cracker only comes out to occasionally steal Funyuns and Code Red Mountain Dew from his basement-dwelling betters when they leave to go fail a one-day attempt at a paper route or something.  That being said, for it being a pretty lame spectator sport, there sure do seem to be a lot of these people with time and brain cells to waste, because it’s front-page news in the mainstream media.

And here we come to the most delicious part of this whole story.  According to CNN and a bevy of other similarly-informed talking heads, the true source of the tension which has led to young Prince Harry finally breaking up with Mommy is – wait for it…you gotta have TWO wait-for-its for this one…the fact that Meghan is black!  Folks, when people say you can’t make this kind of stuff up, they’re obviously wrong, since that’s what CNN and friends have done.  But the kind of drug-and Redbull-fueled rage with which you have to attack the foundations of sane and rational thought in order to come to that conclusion are formidable and multifarious indeed.  Hell, Colin Kaepernick is blacker than Meghan Markle is!  And what the hell does that have to do with the fact that she and the rest of the Royal Family don’t get along?  What, you think every time one of the blue-bloods around the castle wants to play Who Can Shove a Stick the Furthest Up Their Butt, she’s hauling Harry off to Roscoe’s Chicken and Waffles instead?  And what’s she going to do now?  She’s takin’ him to the hood!  Next time that boy shows up at the moat waiting for the drawbridge, he’s going to have more bling hanging around his neck than Kip in Napoleon Dynamite.

Folks, not everything in the dang world is about racism, okay?  And even if this was, it’d be the stupidest thing you could possibly want to follow.  The Royal Family is a slowly-fading ink-stain scribbled across the annals of history; we need neither to idolize them nor demonize them – just let them trickle away.  And if Harry and Meghan want to leave the arthritic lap of luxury and try to make a new life for themselves out in the real world, good for them.  Get some fresh air, kids!  Go see the sights.  You’re not going to live to be a thousand like the Queen; take advantage of the time you have.

As for the rest of you, man, get a better hobby.  Go watch some Star Trek or something.  I love y’all; God bless.