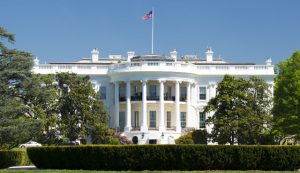 According to The White House, Americans can expect “substantially” higher inflation figures over the course of the coming months, even after the February Consumer Price Index has already posted the highest year-over-year rate since 1982.

Folks, this should be all you need to see to be convinced you need to vote Republican come November of this year and in the 2024 presidential race. We cannot keep going this way and survive as a free nation.

In February, yearly inflation soared to 7.9 percent, which the White House has attributed to a 3.5 percent increase in the price of energy.

However, there has been substantial run-up in energy prices since February resulting from the Russian invasion of Ukraine. Energy and commodities prices will likely contribute substantially to inflation in the coming months. 3/ pic.twitter.com/LFwLhaRA1d

The CEA added that half of current year-over-year inflation can be attributed to energy, “vehicle-related price increases, and pandemic-affected services.”

“Month-to-month CPI can be volatile. Looking at the average rate over the last three months (December, January, February), headline inflation has been about 0.7 percent, unchanged from 0.7 percent in the three months before (September, October, November),” the council went on to add. “We know that the recovery from the pandemic will not be linear. The Council of Economic Advisers will continue to monitor the data as they come in.”

President Joe Biden then went on to say in a statement that the report from February “tells the tale of two recoveries.”

This man is truly delusional.

“Our jobs recovery remains strong. New unemployment claims remain low, as jobs are created at a record level,” the president wrote in his statement. “At the same time, today’s inflation report is a reminder that Americans’ budgets are being stretched by price increases and families are starting to feel the impacts of Putin’s price hike.”

“As I have said from the start, there will be costs at home as we impose crippling sanctions in response to Putin’s unprovoked war, but Americans can know this: the costs we are imposing on Putin and his cronies are far more devastating than the costs we are facing,” he remarked. “I know that higher prices impact a family’s budget, which is why I am fighting to bring down the everyday prices that are squeezing Americans. Last week, in coordination with our allies, the U.S. secured a release of 60 million barrels of oil from our strategic reserves. My Administration is pushing for investments so we can manufacture more in America, strengthen our supply chains, and move goods to market at lower cost. I’m promoting competition to make sure big corporations are offering consumers fair prices, and I’m pressing Congress to pass my plan to lower the cost of essentials like prescription drugs and energy.”

The president had previously warned the nation on Tuesday, moments after announcing a ban on all Russian energy imports, that the cost of defending a democratic Ukraine would lead to increases in domestic energy prices.

“He put the onus on U.S. oil and gas companies to boost domestic production and challenged them to choose between passing along higher returns to their investors and delivering savings to consumers,” the report said.

“Let me say this to the oil and gas companies and to the finance firms that back them: We understand that Putin’s war against the people of Ukraine is causing prices to rise,” Biden went on to say at the time. “But it’s no excuse to exercise excessive price increases or padding profits or any kind of effort to exploit this situation or American consumers.”

One thing you can count on from Joe Biden is for him to avoid taking personal responsibility for the messes he makes. He played pass the buck about the Afghanistan troop withdrawal debacle and he’s doing the same here.

Stopping the Keystone XL Pipeline construction is a big part of what has led to the hike in gas prices. He needs to just come out and admit that’s the case.