While Companies Across America Take A Stand For Abortion, Wendys Takes A Stand For Something Noble 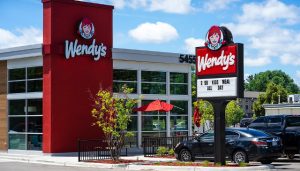 There’s no shortage of American companies who have made it clear that they are run by progressives as they’ve taken an active stand against life by supporting Planned Parenthood and abortion, however, as dark as it may seem right now, not every company is taking that direction.

Instead of openly supporting abortion, they’re taking a stand for adoption, one of the noblest actions a person can do for another human being.

Through Wendy’s Wonderful Kids — a program belonging to The Dave Thomas Foundation for Adoption — children who belong to a group considered “more difficult-to-place” are given a leg up in achieving adoption.

That group includes those children who are “older, have special needs, or are part of a sibling group.” These kids are able to engage with the Wonderful Kids program to “find loving homes using evidence-based, child-focused methods.”

Wendy’s kicked off a new initiative in May called the Cause Cups, which will feature a Snapcode that allows consumers to donate $5 to the Dave Thomas Foundation for Adoption through a simple and efficient click of their smart device.

The goal of the corporation is to bring the Wendys Wonderful Kids program to all 50 states by 2028.

So rather than wanting to kill children out of a false sense of pity as liberals would rather folks do, these individuals see the value of life in the kids and want to help them find homes where they will be loved and cared for.

That’s how it’s done, folks. This isn’t a reliance on government but on the kind and loving hearts of others who have decided to make a difference by giving themselves wholly to raising children that need a family.

This is what the gospel looks like, folks. Jesus in action.