When Tolerance is Intolerant 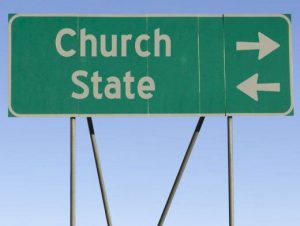 Major Scott Squires is a U.S. Army chaplain stationed at Fort Bragg in North Carolina. Like all U.S. military officers, he raised his right hand the day he was commissioned and swore he would

“…support and defend the Constitution of the United States against all enemies, foreign or domestic, that [he would] bear true faith and allegiance to the same; that [he took] this obligation freely, without any mental reservations or purpose of evasion; and that [he would] well and faithfully discharge the duties of the office upon which [he was] about to enter; So help me God.”

Somewhere in that oath, according to the officer who investigated a discrimination complaint against Major Squires, he also gave the U.S. government the right to define, sanction, and manage his religious beliefs and practices.

Earlier this year, Squires was slated to facilitate a marriage retreat sponsored by the 1st Special Warfare Training Group. When an enlisted lesbian couple asked his assistant about registering for the conference, they were referred back to Squires. During a meeting with the sergeant and her wife, Squires explained that he was prohibited by the North American Mission Board of the Southern Baptist Convention, which endorses him, from performing, blessing, or participating in same-sex marriages. That meant he could not lead the retreat if they were part of it. He suggested that the couple attend a conference led by a chaplain not constrained by the same-sex marriage restrictions.

Major Squires did not say, according to reports, that the same-sex couple couldn’t participate in a command-sponsored marriage retreat. No statements have been issued that he criticized them or attempted to convert them to his views. In fact, the investigator found that Major Squires tried to find a chaplain able to recognize same-sex marriages to take his place. Making that change, however, would have caused the retreat to be re-scheduled, creating serious inconvenience for the other attendees.

A rational person might commend, or at least acknowledge, Major Squires’ flexibility and his effort to accommodate someone with beliefs so different from his own. A champion of tolerance and diversity might recognize those differences and attempt to provide his or her own accommodation by attending another retreat. The American left and those they champion, however, are nothing if not irrational. Instead, the sergeant filed a complaint against Major Squires, claiming discrimination against herself and her wife because of their sexual preferences.

The investigator concluded that Squires had, indeed, violated the Army’s Equal Opportunity Policy, even though chaplains are tasked with “…caring for the spiritual well-being of soldiers and their families…” either directly or, when prohibited by their religious beliefs or practices, indirectly by delegating those duties to another chaplain who is able to perform them. While the investigator acknowledged contradictions between the Chaplain Corps’ guidelines and the Equal Opportunity Policy, he still recommended that both Major Squires and his assistant be punished.

First Liberty Institute is defending Major Squires, and they contend that he is the real victim in this case since he so exactly adhered to chaplaincy policy. In addition, other, higher ranking chaplains have submitted letters supporting the major. The Southern Baptist Convention’s North American Mission Board has also lent its support. No decision has been made concerning the recommendation for punishment.

Hopefully, Major Squires will be cleared, and this case will lead to reconciliation between opposing policies so that every soldier – even those with traditional Christian beliefs – are afforded equal rights and opportunities within the military. Or, might we see the federal government both establishing and regulating the religious beliefs and practices of our service members? One day soon, the champions of an iron-clad “separation-clause” in the U.S. Constitution could find themselves in an awfully uncomfortable spot.