When It Comes to the Environment, Grizzly Hunters Teach Liberals a Thing or Two About Stewardship 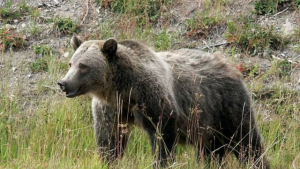 If you read the news today about Wyoming’s recent vote to re-establish grizzly hunting in the state, you’ll hear from a media establishment that has covered themselves in the proverbial sackcloth and ashes to lament that, “in spite of objections”, Wyoming residents went ahead and voted in favor of the first grizzly hunt in 43 years.

The way the media has spun it, you’d think Wyoming hunters were setting out to kill baby white tigers to sell their claws on the Chinese black market.

In reality, hunting the iconic North American bear is pretty much good for everyone, according to the people who know more about Wyoming grizzlies than what they read in the paper.

“Sy Gilland has been to a lot of public meetings on the topic of grizzly hunting, which he thinks is necessary, and listened to a lot of people who think it’s morally wrong,” writes Elizabeth MacBride of Forbest magazine, in her article Return Of The Grizzly Hunt: Why One Wyoming Outfitter Volunteered To Take Liberal Media’s Fire.

“Gilland has been an outfitter for 41 years,” she explains. “His $1.5 million business, SNS Outfitter & Guides, employs as many as 55 people in the fall, during hunting season. He supplements that with trail rides in the summer.”

“Advocating for wildlife management — to him, that includes hunting — for the landscape and conservation is not an add-on to him: It’s a part of the job,” she adds.

“We are North America’s first conservationists,” Gilland says. “We’re not ashamed of that.”

The objection to hunting grizzly bears, which were recently removed from the federal endangered animals list, comes largely from people who are new to or utterly unfamiliar with Wyoming wildlife, Gilland explains.

“There is an incredible liberal element that’s moved in around Jackson Hole,” he says. “You walk in and you figure out pretty fast who is who. We’re wearing a cowboy hat, and they’re wearing yoga pants .”

What these yoga pantsed “environmentalists” don’t understand is that, as with many popularly hunted species, hunting is actually beneficial for the entire ecosystem, including the bears–something people whose understanding of “local meat” doesn’t extend beyond the meat section at Whole Foods.

“When wildlife gets out of whack … they eat themselves out of house and home,” says Gilland. “Grizzlies will eat anything. They have taken a terrible toll on the elk calf population in the spring,” he adds, noting that groups who oppose the decision to open grizzly hunting back up again seem to care little beyond virtue signaling.

“The Sierra Club hasn’t spent a dime on management of these bears,” he says. “This bothers me.”