What This North Carolina Gas Station Did For Customers Is Awesome 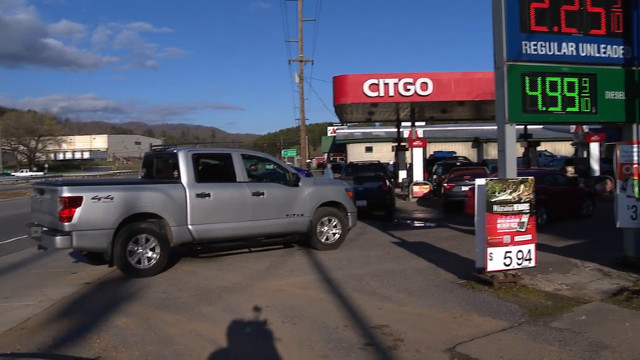 A gas station in North Carolina shocked its customers on Thursday when it decided to drop prices down to $2.25 per gallon in an effort to help people, according to the owner of the Burnsville Citgo.

This is what a man of honor looks like, folks. The government didn’t bail out his customers, he did. On his own. Private citizens will always try to help each other out whenever possible. You can’t count on the government to do the same, especially when they are the ones responsible for making the mess in the first place.

As you can probably imagine, the gas station took a pretty big hit financially for taking this action, but the owner stated that it was worth it to help local residents as gas prices continue to rise.

“I think it’s really great and kind of them to do that for people around here like us. It’s really good of them,” Caylie Vess, a resident of Green Mountain, went on to say about the station cutting prices.

The sale started around noon time and lasted until 5 p.m., according to a report.

The sale didn’t end until the gas station ran out of gas.

Americans helping Americans. Remember, there are still good people out there.