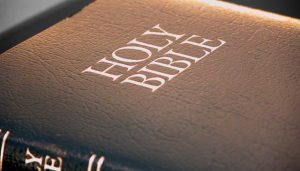 China’s President Xi Jinping has been flexing his big government communist power by opting to persecute Christianity to the fullest extent he can without drawing a whole lot of grooming.

The Chinese government has been burning Bibles, shutting down churches, and destroying crosses.

This just goes to show you what is headed our direction if we don’t continue to fight tooth and nail against corrupt big government in our own nation.

Fu showed the Associated Press (AP) videos that recorded piles of burning Bibles and forms allegedly signed by people saying they gave up their Christianity. Fu referred to churches that have been closed in central Henan province as well as a house church closed in Beijing, calling the actions a “significant escalation” of the government’s crackdown. He wrote, “The international community should be alarmed and outraged for this blatant violation of freedom of religion and belief.” He added that the severity of the crackdown was unmatched since Mao’s brutal 1966-1976 Cultural Revolution.

AP explained, “Chinese law requires religious believers to worship only in congregations registered with the authorities, but many millions belong to so-called underground or house churches that defy government restrictions.”

AsiaNews reported that China’s State Administration for Religious Affairs (SARA) posted a draft of new regulations on online religious activities that would “forbid the streaming of religious ceremonies (live on the internet), including prayer, preaching and even burning incense.” Christianity Today reported that a crowd-sourced translation of the draft rules included the banning of setting up religious organizations, schools, and sites and the barring of inciting minors to participate in religious activities.

Christians here in the United States need to see the writing on the wall. This kind of thinking is creeping into every level of government, therefore it is up to us as individual citizens to fight for our liberty against crazy communists who want to strip us of our right to worship.