What Stops A Bad Guy? A Grandma With A Gun. 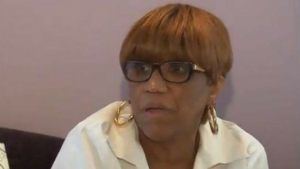 To think of the number of people who are openly working towards regulation that would strip this elderly woman of the Second Amendment rights that very well may have just saved her life.

70-year-old Maxine Thompson has just had her name added to the list of tens of thousands of Americans each and every year who are able to defend their lives, their families, and their homes with firearms.

Early Saturday morning, Thompson woke up to hear the sounds of a man breaking into her home in North Philadelphia.

A 43-year-old man had broken into her home so she reached for a gun she owned but had never fired. The would-be burglar would end up on the receiving end of the weapon’s inaugural shots.

Her alarm was sounding and she’d yelled at him, so as he persisted breaking her window and attempting to enter the home, she fired.

“I shot at him. He turned around and he ran and when he ran, I ran down the steps behind him and shot at him some more,” Maxine says.

Thomas, whose son is a Philadelphia police officer, according to Fox 29, explains that she was in “survival mode.”

“Kill him before he killed me. That’s what was going through my mind,” she explained. “After everything was over, then I did get a little shaky. He could’ve killed me,” she adds.

Her shots not only succeeded in scaring the intruder off, they also landed. He called police moments later from down the street to tell them he’d been shot.

Thomas is just fine and reassured reporters her grandchildren would help her fix things up. But she has one simple message for the man she put in the hospital: “I hope I taught him and the rest of them a lesson. Stay the hell out of people’s houses,” she says.

That’s a darn good lesson, granny! Thank goodness this brave woman was armed and able to keep herself safe. So the next time some ill-informed gun grabber wants to blame you for all the crime and violence in this country, just ask them what they think could possibly keep a woman like Thompson from becoming a victim in her own home other than a firearm.