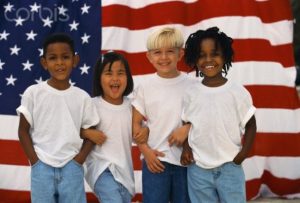 After sharing a satyrical video message that I created for Facebook regarding race relations and the facetious need to eliminate everything on the planet that is white I received a number of disturbing messages from viewers.  Most everyone that watched the video in its entirety realized that it was intended to be a funny yet pointed message that demonstrated the valid point that racism is a demon that lives in the human heart and not something that is caused nor expressed by an object’s color.  The alarming issue with the video, however, was found in the fact that so many told me that while they agreed with the video’s message they simply could not share it to any of their respective social media pages.  The reason: They would lose their jobs.  That’s right!  To discuss anything on social media that even remotely delves into the subject of race relations can cause immediate suspension or termination from one’s place of employment.  Forget context. The mere mention of race online and you’re fired.  In fact, many of them told me that if they had so much as watched the video on one of my pages or even visited politicalcowboy.com they would be subject to termination.  Astounding.

In essence, political correctness has created a weapon out of race. Not just red and yellow, black and white but the actual concept of race itself. Its mere discussion can destroy your life.  For a number of years now it has been Caucasians that have been accused of using race to their advantage and with a sense of privilege which holds down minorities and the disenfranchised.  Articles innumerable have been written regarding the white privilege that leads to better opportunities for employment, advancement in the work place, better education, and yes even better tables at restaurants.  It has been insinuated expressly that the white race has used its privilege as a weapon.  But now it would seem that the issue of race itself has become a tool to further divide and demean.  Don’t discuss it, they say.  Keep your head in the sand and pretend it doesn’t exist.

This begs the ultimate question: How can race relations mend and how can communities heal and bond if there is no room for conversation and discussion? If we can’t address the discrepancies and divisions then how can we ever fix them.  It would seem that this is one more victory for those that espouse political and cultural correctness.  Yes, you may have freedom of speech, but there are those out there that seemingly control the consequences that come from saying it.  It is they that have the power to deem your words worthy of hearing with or without repercussion. We must live with the spiritual illness of racial division but we dare not talk about it!

How in the world did we become so sensitive that we cannot have open and honest debate about the issues that affect every one of us? Why must we vilify anyone that could potentially hold a different opinion or viewpoint? Why must we be at odds with those who come from a different background and life experience? Just last night I was looking at the art of a famous painter and the thing that struck me was the way all the different colors complimented one another and combined to create a masterpiece. We’d do well to understand that the human mosaic and life’s expression finds its beauty in the vast differences we each demonstrate. Instead we have created a cultural climate whereby something as simple as skin pigmentation is considered dangerous and potentially oppressive. We have weaponized race and it’s time to disarm ourselves.

Until we begin to see each other as members of the HUMAN RACE, created by God in His express image, then the divide will continue to grow. Geneticists have demonstrated that skin color only separates us by .01% yet culturally, in many cases, we have turned on one another wholeheartedly. My friends this must not continue!