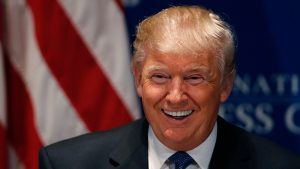 I’m sure you’ve seen by now Jim Acosta’s hilarious self-own at the border wall, when he tried to disprove the need for a border wall by proving that border walls are effective.

In case you missed it, or just are in the  mood to enjoy this beautiful trainwreck once again, here was Acosta reporting from the “ineffective” effective border wall in McAllen Texas during the President’s visit to the area:

The steel slats don’t run the entire length of the border in the McAllen area. We found one part where there is a chain link fence. Occasionally migrants come thru but residents say their community is quite safe. pic.twitter.com/ivpPl0XT48

In the video, he explains how few migrants try to cross…the wall:

And here are some of the steel slats that the President’s been talking about, uh, right here. Uh, as you can see, yes, you can see through these slats to the, uh, other side of the U.S.-Mexico border. Uh, but as we’re walking along here we’re not seeing any kind of, uh, imminent danger, there are no migrants trying to, uh, rush toward this fence, uh, here in the McAllen, Texas area. A matter of fact there are some other businesses behind me along this highway. There’s a gas station, Burger King and so on. Uh, but no sign of the national emergency that the President has been talking about. Uh, as a matter of fact it’s pretty tranquil down here.

Meanwhile, Sarah Sanders expressed surprise that Acosta worked so hard to help the Trump admin make the case for the wall:

When I went with President @realDonaldTrump to the border today I never imagined @Acosta would be there doing our job for us and so clearly explaining why WALLS WORK. Thanks Jim! https://t.co/7wC4rdEsZ2

But the best came on Friday, when Trump outright thanked Acosta during a press conference for his “salesmanship” on the wall.

WATCH: Trump thanks CNN's Jim Acosta for proving walls work at the border… 😂😂😂

Jim has no idea how much he just did to support the case for a wall!