WATCH: This Home Depot Co-Founder Absolutely Slays Socialism For The Economy-Destroyer It Is 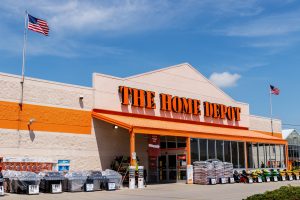 Little known as the scourge that nearly wiped out America’s earliest settlements, socialism is the cancer of modern civilization.

Now, in a mad dash to restore their insanely dishonest party’s reputation, Democrats are pushing for nearly every style of socialism in order to “save” our country, either unaware or uncaring of the fact that it carries an untenable load of unintended economic consequences.

But, then again, intelligence was never really a part of that reputation.

In the latest video from the Job Creators Network (JCN), Home Depot co-founder Bernie Marcus was dropping truth bombs everywhere on the issue of socialism and its economy-killing tendencies.

Marcus also co-founded JCN, the same organization that called Alexandria Ocasio-Cortez out on her epically horrendous treatment of the New York Amazon headquarters debacle in a brilliant billboard.

According to its website, JCN “provides business organizations and their members with the tools to become effective advocates of free enterprise in their communities, and their workplaces—allowing them to hold politicians accountable to job creators and workers alike.”

In a sincere message to Americans everywhere, Marcus expressed his sincere love for this country and his disappointment in the rise of socialism within its government entities.

Marcus prefaced his message with an admittedly “politically incorrect” statement: “I love America. I do.”

Look around for a minute or two and you’ll see he’s not exaggerating the political incorrectness of that statement one bit.

“I love America because it’s the greatest country in the world. I think there are two big reasons why this country is so great,” Marcus continued. “The first is our Constitution which guarantees our freedom of speech and expression. The second is our free market system.”

Of these two things which have made America truly remarkable among the rest of Western civilization, Marcus focused on the latter.

“The free market system has been the biggest creator of wealth and prosperity the world has ever known, lifting billions of people out of poverty and far more superior than any government program could ever be,” he declared. “The free market is the tool that allows money to reach out and grab hold of the American dream.”

However, generations of subversive socialist infiltration and crony-capitalism have led Americans to look to socialism and its money-tree promises to fix the abused system. With college campuses becoming unabashed leftist indoctrination camps, socialism is more popular now than ever.

“it pains me to see people in this country glorifying socialism,” Marcus lamented. “Young people especially have been indoctrinated into believing that free enterprise is immoral because it enriches the greedy and depresses the poor.”

“Even the word capitalism is not politically correct to use, but the reality is that the free market system has created the biggest middle-class population in the world,” Marcus stated. “While some may say socialism is well-intentioned, the fact is it robs people of their independence, their dignity, and their finances leading to government dependence, suppression of ideas, and lower standards of living for those under its thumb.”

Nevermind nuclear bombs. Socialism is the destroyer of worlds, y’all.