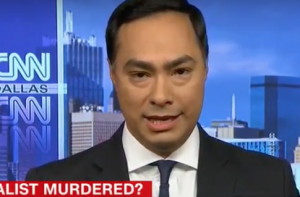 The left seems to be getting crazier and more sensationalistic by the minute. The murder of Saudi dissident journalist Jamal Khashoggi would be, in a less crazy world, a good opportunity for people on the right and the left to take a moment from being constantly at each other’s throats and instead join together with the international community to condemn something that stands blatantly contrary to American values: the murder of a journalist for dissident views.

In case you missed it, Khashoggi is a Saudi Arabian journalist who has been living in Turkey and has been a contributor to the Washington Post. He was an outspoken opponent to the Saudi royal family, something that, people on the left will take this for granted, will literally get you killed in the Kingdom.

Earlier this month, Khashoggi went missing after entering the Saudi consulate in Turkey, and the Turkish government claimed that he had been tortured and murdered by Saudi operatives.

Trump as well as Lindsey “2.0” Graham and other Republicans, have been clear that, despite our friendly relationship with the oil-rich, oppressive regime, the US will not stand by while the Saudis murder journalists (many outlets are reporting that Khashoggi was a US citizen, but President Trump has said he is not, so his status as an American is unclear, while he did once reside here.)

Like this Congressman, who claims that Jared Kushner orchestrated the hit because why not?

No, he doesn’t have any evidence. Yes, he sounds like a crazy person. And likely is one.

“Jared Kushner may have with U.S. intelligence delivered a ‘hit list,’ and enemies list, to (Crown Prince Mohammed bin Salman) … in Saudi Arabia,” the Democrat declared on CNN. “And that the prince then may have acted on that, and one of the people that he took action against was Mr. Khashoggi.”

Castro vaguely claimed that this accusation was based “on reporting,” but the statement was so shocking that even CNN host Poppy Harlow immediately distanced her network from the stunning accusation.

“I just want to be clear for our viewers: We do not have that reporting,” she said as the camera cut to her. “I’m not sure where you’re getting that from.”

When even CNN is backpedaling from your fake news, you know you’ve stepped in the ca-ca.

Video: Here's the video of Democratic Congressman Joaquin Castro stating without evidence that Kushner may have given the Saudis a hit list that had Khashoggi's name on it and thus the Saudis had him killed. Incredibly irresponsible. pic.twitter.com/9mossq4Cdt