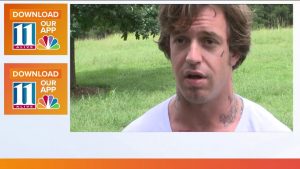 The world is mass producing idiots these days.

An Atlanta gym owner who banned police officers and military members from working out at his facility put up a notice cursing cops and warning them to stay away. 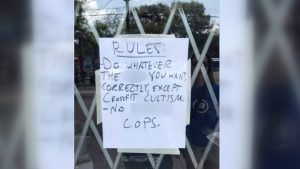 Jim Chambers, owner of the EAV Barbell Club, put up a sign that read: “Rules: Do whatever the hell you want, correctly, except crossfit cultism – no f**king cops.”

Chambers claims that his gym has had a “No Cop” policy, which also includes members of the military, since it opened and his reasoning is:

We wanted one space that was just a little different; it’s not an aggressive hetero, jock space that’s dominated by cops and soldiers. It’s a place where you’re safe from that … and we don’t want to make police stronger so that they can hurt people more efficiently … It’s not a personal thing, it’s you put a uniform on and quite honestly I view that as an occupying enemy army when you put that uniform on.

It’s always interesting that people want a safe space away from law enforcement until their safe space becomes violated by bad people and then law enforcement is who they call.  Look on the bright side Atlanta, at least you were forewarned before you gave this guy your money. If you wanted a gym safe from those pesky jock types there’s a Planet Fitness right down the road.

I can only imagine the response when he has an emergency: “This is the operator…the number you have called 9-1-1 is no longer in service…please hang up and try another number.”

If someone breaks in his gym in the middle of the nightmaybe he can call AAA.

The Atlanta Police Department told local news, “Were we to respond to an emergency there, this sign would not stop us from lawfully doing our job.”

You can see the news report below and then watch my thoughts on police officers below it.

Thank you to those of you that daily put on the badge!