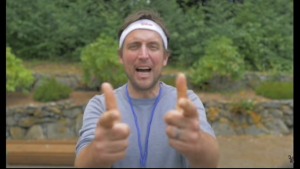 The left has had a rough couple of weeks.

They’ve been running around (figuratively) like chickens with their heads cut off at the possibility of a judge that might not be a radical pro-abortion leftist being appointed to the Supreme Court, guaranteeing our nation will soon become a real-life version of The Handmaid’s Tale. Because not being able to kill your baby in the womb is exactly like using women as breeding slaves and forcing them to cover themselves up in public wherever they go, right?

So it’s great to see that someone has come up with a way for these stressed-out leftists to let off some steam and boost their endorphins–leftist fitness!

Owen Benjamin takes us through all the things we can blame for being out of shape, and the list is almost as long as Hillary’s list of reasons why she lost the election!

In the past, fitness required hard work, discipline, and self-accountability.

But not with leftist fitness.

Now, you can work up a sweat by complaining about climate change or taking a bold stand for LGBTQAAIP+ issues! In fact, you don’t even need to actually lose weight–you can just identify as a thin person.

Thanks to amazing breakthroughs in leftist ideology, fitness has never been easier. You’re going to look amazing in our handmaid habit!

Take it away, Owen: