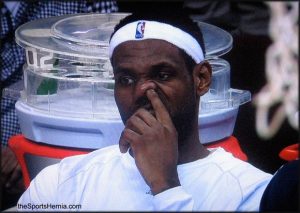 Seriously! What the hell is the world coming to? Maybe I just answered my own question!

Sports stars and athletes are now lecturing us on our education levels. 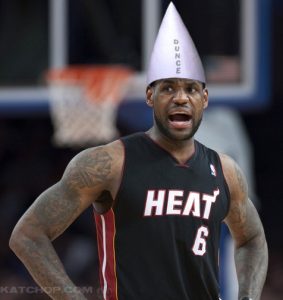 James was upset by Trump’s use of the office to critique the sports world and was offended, calling the president a “bum” on Twitter.

A reporter asked how he could criticize Trump when Ohio, his home state and the location of his current team, voted to help put Trump into office. James’s response to the question is not only disrespectful but grammatically pitiful.

He basically said that people who didn’t vote for his Presidential candidate were just, you know, uneducated. Here’s what the Cleveland “scholar” had to say:

“I don’t think a lot of people was educated,”

“And I think that’s one of the biggest problems when it becomes vote time is that people are just not educated on either the individual or what’s going on … I don’t think a lot of people are educated, and they make choices and say things that’s uneducated.”

“Am I saying that the people of Ohio wasn’t educated and some of the people in the other states that voted for him was uneducated? They could have been or they could not have been, but that doesn’t mean it was the right choice.”

“If you voted for ( Donald Trump ), that’s OK. I mean, I’ve done things for my kids and realized I shouldn’t have given my daughter that many damn Skittles. Maybe I shouldn’t have done that. She won’t go to sleep now.”

There ya have it folks! No wonder Cleveland used to burn his jersey. You get an “F” Bron Bron! 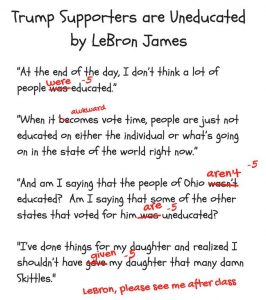