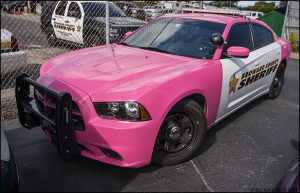 It seems like the more information comes to light, the worse the situation gets.

Among many other massive concerns with the way the BSO was conducting their operations, the shooter, who managed to kill 17 and wound 14 before exiting the school, only to be detained hours later by police, was well-known to LEO’s and had somehow failed multiple times to be arrested for what would have been felony offenses that would have prohibited from purchasing a firearm.

Now, it turns out, the Captain who ordered the men to “stage” outside while the shooting took place was hired to bring “diversity” to the BSO.

Fox News reported in March that Capt. Jan Jordan of the Broward County Sheriff’s Office (BSO), who was the commanding officer at the high school during the shooting, allegedly ordered emergency responders to “stage” outside the high school instead of rushing in to neutralize the threat.

Now, a revelation has shown that Jordan had been previously recommended for promotion based on a diversity quota.

Andrew Pollack, the father of student Meadow Pollack who was tragically killed in the mass shooting, is pointing to Sheriff Scott Israel’s admittance that he recommended officers for promotion based on creating diversity in upper positions.

“She had asked for some diversity, appropriately so, I gave her three names,” Israel said about a supervisor’s request for recommendations for officers to promote.

“One of the names I gave her was Captain Jordan,” Israel said  He went on to say that he was not part of the selection board that reviewed his recommendations for hiring.

Captain Jan Jordan froze during the Parkland shooting. Officers said she was in over her head.

Now Sheriff Israel admits Captain Jordan was recommended based on “diversity” NOT qualifications.

Her lack of leadership led to kids dying, all because they wanted diversity! pic.twitter.com/oEB93ABF8E

It’s all well and good to go out of your way to hire more female copywriters at your Madison Avenue advertising firm or mathematicians at NASA, but when it comes to law enforcement, shouldn’t people be hired and promoted based on their merit?

What do they always say? If it saves one child…

…perhaps we can put identity politics aside for the sake of keeping people safe.