WATCH: Hillary Gave Thought to Leaving After Losing to Trump 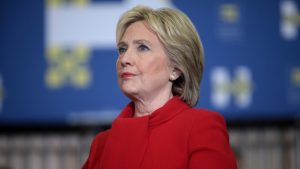 Former Democratic presidential candidate Hillary Clinton recently spoke with a crowd in Auckland, New Zealand and dropped a bombshell about a decision she almost made after getting taken to the woodshed by American voters in the 2016 election.

Speaking at an event held by The Growth Factory, Clinton gave the folks a round of thanks and mentioned she almost considered relocating there permanently after suffering such a humiliating defeat.

“I WANT TO THANK SOME OF YOU FOR SENDING GOOD WISHES A VERY LONG WAY DURING MY CAMPAIGN AND THE MONTHS THAT FOLLOWED,” CLINTON SAID. “I RECEIVED A NUMBER OF INVITATIONS FROM KIWIS TO PERMANENTLY RELOCATE HERE, AND I MUST SAY THAT I REALLY DID APPRECIATE THE OFFERS, GAVE THEM SOME THOUGHT.”

Hillary Clinton: I gave “some thought” to moving abroad after Trump wonpic.twitter.com/s18CoPJWtb

Can you just imagine the kind of celebrations in the streets that would’ve gone down had Clinton actually moved to a foreign country?

I want to know if it’s too late to buy her the plane ticket! I’d gladly contribute.

It might have actually been declared a national holiday with a yearly observance had she actually put her money where her mouth is, packed her bags, and high tailed it to a different country.

Ever since her big loss in 2016, Hillary has been on a quest, some true, honest-to-goodness, soul searching to try and uncover what exactly happened and why she lost the presidency to Donald Trump.

She even wrote an entire book abut the experience, though it seems she’s still clueless and dumbfounded by the whole situation.

The main reason she didn’t pull down the “W” was because she has a history of lying, of covering up facts and reality in order to present a specific narrative that benefits her and her political career.

She had an election bought and paid for and still couldn’t pull it off. Excuses, excuses. Always playing the blame game.

Hillary did this with the Benghazi attack, blaming a video for the incident in order to help take the heat off Obama, hoping all the while he would scratch her back later.

Clinton has also been an accomplice of her husband’s, attempting to keep all of the women who have claimed he sexually assaulted them as quiet as possible.

Who could forget the email incident? This seems to be the straw that broke the camel’s back, finishing off her approval ratings and making those who already were unsure of her trustworthiness even more untrusting.

Yet, she still fails to acknowledge any of this, clinging to all sorts of wild speculation to explain why America rejected another Clinton administration. 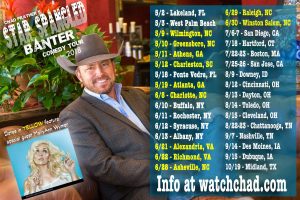