WATCH: Here’s A Handy List Of Folks Who Called Baltimore Out Before Trump Ever Did 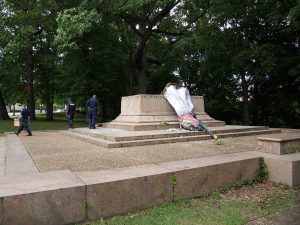 Don’t you just love the flippancy with which the term “racist” can be tossed about these days? It sure does make life interesting never knowing if your favorite vegetable, a misplaced letter on a social media post, or your description of a rotting, crime-infested city being run into the ground by Democrats will have you slapped with the R-word.

In case it needs to be said, racism is bad, mmkay? All people are created by God equal in dignity and worth. Full stop. As someone who wholeheartedly affirms that basic truth, it’s hard to take leftists seriously when even the most benign comments completely unrelated to race can be deemed “racist” at their whim.

Over the weekend, President Trump once more experienced this insanity after another of his late-night tweets was immediately met with holier-than-thou leftist outcry. This time, Trump was succinctly, though coarsely, comparing the state of the U.S.-Mexican border with the state of the city of Baltimore, with a healthy jab at Democratic Rep. Elijah Cummings on the side.

Hmm, my Race-O-Meter isn’t picking anything up from those tweets, how about y’all? Nothing? Maybe that’s because race was never once referred to, for the love of pie.

There is nothing racist about pointing out the woeful state of Democrat-run American cities like San Francisco, Chicago, or Flint. It’s not due to the skin color of these cities’ majority populations that they are in such miserable shape, it’s—as Trump stated—corruption and misappropriation of funds by their lefty leaders.

But, no, let’s deflect all reasonable criticism and opportunity for introspection and just cry “racist.”

Not shockingly, the same folks squawking about President Trump’s remarks were markedly silent in the past when several other influential figures and top Democrats made no qualms about Baltimore’s disrepair.

Here’s a handy little list to share with anyone who wants to pin the R-word on the President over his Baltimore comments:

Back in 2015, Sen. Bernie Sanders was filmed voicing equally sharp criticism of the conditions in West Baltimore, comparing it to a “third world country:”

Bernie Sanders visited Rep. Elijah Cummings district in 2015. He was shocked by what he saw.

"You would think that you were in a third world country," Sanders said. "We're talking about a community in which there are hundreds of buildings that are uninhabitable." pic.twitter.com/nqlCJS34RM

In a 2016 tweet, Sanders wrote: “Residents of Baltimore’s poorest boroughs have lifespans shorter than people living under dictatorship in North Korea. That is a disgrace.”

Residents of Baltimore’s poorest boroughs have lifespans shorter than people living under dictatorship in North Korea. That is a disgrace.

Does he get double racism points deducted for disparaging both Baltimore and North Korea? I’m guessing not.

As Louder With Crowder points out, “The Wire” creator David Simon, inadvertently proved Trump right with a tweet saying that if the President actually set foot in baltimore, he’d “wet himself:”

If this empty-suit, race-hating fraud had to actually visit West Baltimore for five minutes and meet any of the American citizens who endure there, he’d wet himself. https://t.co/QBSed1S4c8

Uh, Wire guy here made an accidental slip-up. If Trump would wet his pantaloons in Baltimore, this is only further proof of Baltimore’s piss-inducing violence. Which means Trumpy is one hundred percent correct.

This guy made a show where the entire plot revolves around Baltimore being a turd-world s**thole. After five seasons of painting Baltimore as the worst of the worst, you kinda lose the right to whine about Trumpy knocking on the town.

For the last few years, Baltimore has consistently ranked in the top 10 according to pest control company Orkin’s annual “rattiest city” reports. Last year, Baltimore came in as the country’s ninth rattiest city. Anyone recall hearing Orkin maligned as racists for pointing out this problem? Didn’t think so.

Back in February, USA Today featured Baltimore in its list of the “25 Most Dangerous Cities in America,” which was compiled from the FBI’s 2017 Uniform Crime Report data. Baltimore ranked as the third most dangerous city in terms of “murder … non-negligent manslaughter, rape, robbery, and aggravated assault,” outdone only by Detroit and St. Louis.

Heck, even Baltimore’s recently-ousted mayor isn’t naive to the crumbling state of the city!

Back in 2018, former Mayor Catherine Pugh made these remarks during a Fox 45 segment while highlighting her “violence-reduction initiative” in a tour of the city.

"What the hell? We should just take all this shit down.”

"Whoa, you can smell the rats." pic.twitter.com/BqhsL2Dsx7

Want more? The People Of Twitter™ have your back:

It’s ok to say infested and point out the squalor now https://t.co/eSNwal6shV

When will PBS stop the “racially charged” programming?! https://t.co/eADSf3rqjB

8 blocks of row houses in West Baltimore are currently using water through a system hooked to the fire hydrants. Please listen to Michelle, a life long resident, discuss the water & her message to city officials. This is @RepCummings district. More to come… pic.twitter.com/jBHBzYxtaA

Fox 5 Baltimore in 2017: “A Project Baltimore investigation has found five Baltimore City high schools and one middle school do not have a single student proficient in the state tested subjects of math and English.”https://t.co/MzR71N3miz

And, lastly, this incredible op-ed from the Baltimore Sun from 2016 calling for officials to declare Baltimore “a disaster” and “rebuild” it:

Op-ed run by the Baltimore Sun, 11/9/2016: Trump's right: Declare Baltimore a 'disaster' and rebuild it https://t.co/GGaCGaQ0pV

I may not be a terribly smart person, but I know two things: Baltimore has a leadership crisis that more money simply won’t fix, and that ain’t racist.