WATCH: Have you heard this song? The Snowflake Cry Song still applies to much of America! Enjoy 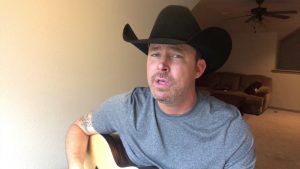 Look at the face I’m making in the picture above!  Wow that’s a great opportunity for you to make fun of me.  Go ahead.  I deserve it.

I hate using derogatory terms to describe anyone! However, sometimes, lunacy must be mocked.  When I sat down and wrote parody lyrics to Don McLean’s “American Pie” Donald Trump had just WON the election (he didn’t steal it or get it because of Russian interference) and many Americans just simply couldn’t handle it.  The protests in the street became ridiculous and I needed to laugh at it.  Thus came the parody song “Snowflake Cry.”

Since then it’s only gotten worse.  People across the country have found every and any reason to take to the streets to protest their current cause as though they just uncovered a newfound offense that has laid in the cave of mystery for millennia.  So once again I present this song to you (I especially like the second verse) because…some of you really, REALLY need to grow up.

If you can relate to the lyrics of this familiar tune then feel free to share it with your friends.  ENJOY!