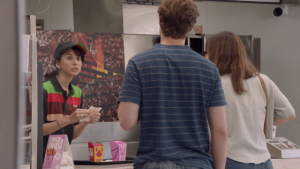 I suppose, because the pay gap has been debunked so many times (spoiler: women like being home with their families, hence, earn less), feminists have been whining lately about a completely mythical “pink tax”.

What is this “pink tax”, you ask, and how can I demand it is cut?

Well, none of us like taxes, especially taxes that target a certain demographic. Although, to be fair, socialists should definitely be taxed as much as they think everyone else is. But I digress.

The “pink tax” is not a real tax, it’s just a made up term to complain about the higher price of certain products aimed at women, such as pink disposable razors.

Twitchy explains that, despite a failed ad campaign targeting net neutrality, Burger King has decided to get all SJW on us once again:

Back in January, the fast-food chain produced a video opposing the rollback of net neutrality rules, and now they’re getting political again with a video supporting Rep. Jackie Speier’s Pink Tax Repeal Act.

“Women get hit with a double whammy: They make less for doing the same work and they pay more for the same product or service because it’s for women,” Rep. Speier said in a press release on “Equal Pay Day” back in April. “Whether it’s a pink teddy bear, deodorant from the same manufacturer, or a white laundered shirt, it’s time to say enough! Discrimination is illegal.”

we all pay the price when women are charged more. that’s why we dropped the price of chicken fries to $1.69 for everyone. pic.twitter.com/0h3CtaxPaR

So, let me explain this to econimically-illeterate feminists everywhere: it’s called the free market. Companies will charge customers whatever they can, and they are often able to get away with a higher price tag by adding perceived value to a product, like a pink teddy bear or deodorant “for her.”

There’s a very simple solution, though: don’t be a dumb customer. Simply buy a product that is cheaper. No one is making you buy pink teddy bears (and seriously, what grown woman is buying pink teddy bears?) or marked-up deodorant. Or ridiculously expensive makeup at Sephora.

Y’all are making these choices all on your own. And look–you’re so vocal in your complaints, even Burger King is trying to speak to whiny SJW customers.

That’s called the power of the consumer, and everything from pink razor blades to Burger King’s stupid ad ideas reflects that.