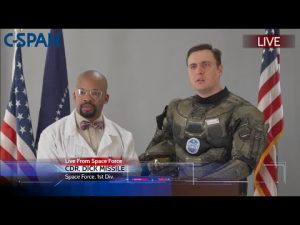 The #MeToo movement has inevitably become a joke, whether its loosely associated group of founders want it to be or not.

For one, the hashtag which encompasses the vague movement has been used to reframe well-loved cultural institutions like old movies, shows, and classic holiday tunes in many a pseudo-intellectual thought piece in the reliably progressive pages of our major newspapers and magazines.

The problem with the #MeToo movement was there from day one, however: conflating potentially consensual sexual encounters, off-color jokes, inappropriate comments, or pickup lines with actual harassment and rape.

This is entirely dangerous in itself, but of course, the Brett Kavanaugh hearings smacked America right in the face with the most serious concern about the movement: that not every woman who makes an accusation has a believable story. Inconvenient for some victims? Definitely. Frustrating for the leftist narrative? Absolutely. But entirely necessary to preserve due process and the rule of law.

The left has, however, shockingly simply doubled-down in the face of this issue with the addendum to #BelieveAllWomen.

So, again, #MeToo has been reduced to the punchline of many jokes and the source of frustration and irritation for many sensible people who are actually able to follow the idea of #BelieveAllWomen to its natural conclusion.

This is exactly what a hilarious sketch from comedy group Riot Act depicts in modern-day ‘Armageddon’ scenario in which Space Force is announcing the one man who can save the planet.

As a meteor heads towards earth (it’s not Trump’s fault), Space Force announces Dick Missile, the one man who can save the planet from complete destruction.

Will the press realize there’s more to a man than potentially untoward behavior in his youth, or will they allow the world to be destroyed to send a “positive message to little girls”?