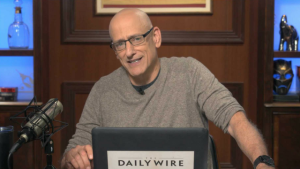 To many on the left, this is a simple fact.

Ironically, while they claim it’s because conservatives “fear the unknown”, all they’re really doing is just slandering the unknown, because they don’t really know that much about conservatives to begin with.

For example, many conservatives are, in fact, non-white, female, and/or homosexual.

Has that not occurred to them?

Furthermore, what is the evidence that conservatives are racist? After all, Democrats are pretty racist too. The Clintons were quite vocal about their admiration for late Senator Robert Byrd, a prominent member of the friggin’ KKK. They even went as far as to write off his membership in a literal white supremacist organization at his funeral by saying he was “just a good ol’ boy.”

But Trump is a white supremacist because he thinks brown people who break the law should be held accountable.

Louis Farrakhan, a close associate of both the Women’s March founders and DNC deputy chair Keith Ellison, is an open anti-semite and can frequently be found railing against the, and these are his words now, “demonic Jew.”

But conservatives are racist because….

Becuase liberals say they are.

So it is no surprise to find that the abysmally stupid piece recently published in the New York Times is based on nothing more than bigotry and ignorance, as the ever-insightful Daily Wire host Andrew Klavan explains:

“I mean, this is an unbelievable piece, just assuming that people who disagree with you – anyone who would make an Obama joke – if you disliked Obama it had to be because of his race. It’s the only reason!” Klavan said. “It wouldn’t be because he said he’s gonna fundamentally transform the greatest country on earth. Wouldn’t be because he was a socialist who wanted to redistribute wealth – who said he wanted to spread the wealth around. Wouldn’t be because he corrupted the IRS, and the State Department, and the Justice Department. All that stuff was fine – it’s just the brown I couldn’t stand, it was just that skin color … that’s unbelievable…”

Klavan went on to say that we should make sure we’re good people, but we don’t have to follow the ever-changing standards set for us by the Left.

“It is incumbent upon us, yes, to make sure that our hearts are true and that we’re not hateful, but it is not incumbent upon us to pay attention to their nonsense,” Klavan said. “If they set the rules, then all that means is they think their politics is anti-racist and ours is racist, and that is garbage.”

And that’s exactly it. The Democrats have claimed the right to define what racism is, which means their own racism is constantly ignored while any shred of evidence that a conservative is racist is magnified tenfold.

They are not, however, entitled to any cares given from us. They’ve used the term to the point of irrelevance and the next time someone calls you a racist, just remember that they don’t get to decide what that term means anymore.