WATCH: All the Times the Media Has Used the Word “Monkey” 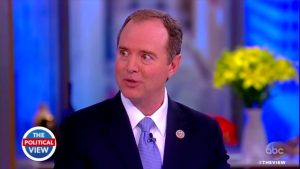 After all, racist Florida voters would have never noticed that Gillum was black until DeSantis made this comment. It is well-known that racist voters are completely colorblind until Republicans sound racist dog whistles, at which point their racism fully activates and they know to vote for the white Republican candidate.

Without dog whistles like this, they’d probably be out there on the streets with Black Lives Matter, kneeling for the National Anthem, and attending Nation of Islam conferences, so the racist dog whistle is an incredibly valuable tool for the white Republican politician.

As soon as they hear it, they stop, mid-protest, rip off their dashikis, put on a button-down, and walk like zombies into the voting booth to check the (R) box.

At least, I’m guessing this is the logic.

In reality, “monkey this up” is a pretty normal expression, and it is not alone among commonly-used expressions using the word “monkey” that are commonly used by the media to describe politics or politicians.

In fact, it’s been used so often, that MRCTV has put together a compilation of all the times the media used the word monkey when it wasn’t a racist dog whistle, because they’re the media so they are, apparently, able to use phrases that include the word “monkey” and deactivate the racist dog whistle-ness of these phrases, because as soon as it is uttered by a left-wing media pundit, the racism is canceled out by the immeasurable power of their virtuous, progressive hearts.