The War on America and the Electoral College 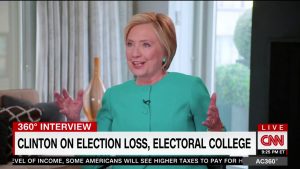 Do you ever wonder why the Democratic left is always trying to rewrite history?

I find myself pondering that question quite regularly these days. From removing Civil War statues in Charlottesville, Virginia, to suing over the Electoral College, the left is just unhappy with history.

I want to bring your attention to this story I read on FoxNews.com this morning.

Let me break this down for you. A Harvard educated professor, which doesn’t carry much weight these days, is pushing to overhaul the Electoral College. The system that we have used since September 6, 1787. Now I’m not a math whiz but 2017-1787 equals 230 years that this great country has elected its president with this procedure.

The left wants you to think that it’s broken.

Let’s consult history on this case.

Since the mid-19th century when all electors have been popularly chosen, the Electoral College has elected the candidate who received the most popular votes nationwide, except in four elections: 1876, 1888, 2000, and 2016.

A quick check of my calculator shows that in the past 230 years, the Electoral College has been right 98.3% of the time. Not to say that the popular vote should elect the President but to say that out of all the elections 1.7% didn’t fall within the system the founding fathers set for this great nation.

Now every process has glitches. Every machine built has a tolerance. This is such a small number in the whole scheme of things but according to the Democrats it needs to be scrapped.

Why you might ask? Well, let me tell you.

The Democratic Party is in trouble. They have no message, no vision, no leadership and currently they are running out of victim voters.

The story from the 2016 Presidential election was that Hillary Clinton won the “Popular Vote”.

The Founding Fathers came up with the Electoral College to make it “FAIR” for smaller states with less population to still be included in selecting the President. It constructed a system that gave every state a voice and took away the ability of large populated areas to dictate what happened in our country. Now you would think that the Democratic Left would be throwing parties and praising the very system that falls directly in line with their politics. The Left tells you that they are for the little guy. The downtrodden, the minority and that the big bad Republican party only cares about the big greedy corporations. But they are not.

The Democrat Left uses voter fraud, Motor voter registration and several other tricks to tip the elections in their favor. They scheme, cheat and lie to win. The only thing standing in the way of the Left and perpetual victory is the Electoral College and they know it. How dare the Founding Fathers come up with a way to keep them from ruling the world.
So I harken back to why I first started writing this article. The left is upset. They want to rewrite history. They want you to think that Hillary won the Popular vote and hence the election. They will give you all kinds of examples of why the Electoral College should not be used and every one of those examples only proves one thing. The Founding Fathers were much smarter than our society or the Democrat party is today. History can never be rewritten, no matter how hard the left tries.

As the left continues to liberalize universities and higher institutes of education, We the people have a duty and a mission to keep our heritage and history preserved for generations to come.

The Left will tell you that the Electoral College is outdated but the only thing outdated is the Democrat Party.