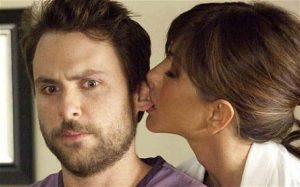 At this point everyone is well aware of the vast amount of sexual harassment accusations and claims that have swamped Hollywood, Washington DC, and the media. Men in all positions of power and influence are now being subjected to these claims on an incredible scale whether deserved or, as it would stand to reason, not.

No person should ever be subjected to unwanted sexual advances, harassment, molestation, assault, or even objectification. Likewise no one should be falsely accused of the same. Men are not sexual harassers simply because they are men, and they are not more suspect simply because they may occupy a position of authority. That logic is loosely similar to saying there should be no existence of racism, but then accusing non-racists of being racists simply for having a skin pigmentation that does not identify one as belonging to a minority. At that point the word “racist” actually begins to lose all of its meaning. But that’s another issue for another day.

So what is to be done about the sexual harassment issue? How can this obvious problem be solved?

The 1960’s and 70’s gave us a sexual revolution and “free love” which lead to many social and medical upheavals, not the least of which brought the spread of HIV and AIDS on a global level. Many of the powerful men being accused of sexual harassment today lived through an age where flirtations in the office and workplace were often thought acceptable or even “cute.” They weren’t. It was, however, widely known that these things took place and unfortunately were thought “normal behavior.” Now as we approach the third decade of the 21st century we know that that behavior was nothing short of disgusting. (On a side note: It’s interesting that the philosophy that rules the day is that we are all just a product of evolution yet people are being humiliated and condemned for acting like animals. Again…another discussion. Another day).

So what is to be done? Most people do not sit on a throne of power and most are indeed alarmed at the rate at which accusations are flying around. What should the average man and woman do when it comes to sexual relations? How does a man flirt with a woman without being seen as a predator? How does a woman dress in any supposed provocative fashion without being sexually objectified at best or seen as an “easy target” at worst? How does anyone flirt, pursue, or have even sex anymore without the fear of potentially getting called a harasser or molester?

Well…when it comes to sex I could tell you to wait for marriage and do things according to God’s plan for men and women, but I think we just uncovered yet another topic for another day.

Let’s face it: Millions of people flirt and play the game of seduction every day with the goal of finding a partner for making love. In this age of political correctness and ideological banter how do we truly know that the flirtations are acceptable, the advances are welcomed, or that the sex is consensual? Well…we don’t!

A recent, politically-correct idea is the so-called “Consent Conscious Kit,” currently on sale in the US: a small bag with a condom, a pen, some breath mints, and a simple contract stating that both participants freely consent to a shared sexual act. The suggestion is that a couple ready to have sex either takes a photo holding in their hands the contract, or that they both date and sign it. (See more here.)

So much for attraction, flirtation, pursuit, and passion. Now there’s negotiation. Welcome to the 21st century, folks. We have ourselves a sex contract. 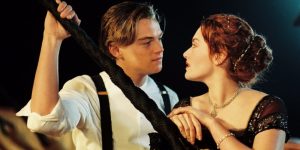 As if sex with someone isn’t awkward enough already you now can discuss it in full detail before anything physical ever actually happens. What form of touch is appropriate? What positions do you want to utilize? Which type of sex act is welcomed or off limits? And if that’s not enough consider the further ramifications of signing a consensual sex contract. What happens if you are in the middle of “getting jiggy” when you discover a big hairy mole on his back and suddenly sex is out of the question? You don’t want it anymore but you’ve signed the contract. Are you obligated to carry out the act of intercourse? What nullifies the contract now? Third nipples? Hammer toes? Back hair? Is there fine print? What if you suddenly “sober up?” Can you willingly back out of your signed contract? It gets pretty silly doesn’t it?

What’s to keep you from now not being raped? After all he has the photographic proof you consented!

Oh and don’t forget that studies have shown that men’s IQ can drop by up to 35% when they are sexually aroused. Can they really be trusted to know what they are signing or why? Are they even capable of reading comprehension at that point?  If you add alcohol…forget about it! 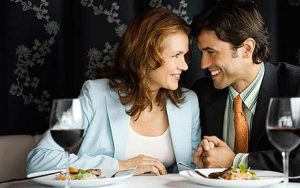 Have you ever considered what it would be like to be in the mood for sex and full of raging desire only to have your potential partner roll out a parchment and produce a pen? Talk about a mood killer. Nothing like a little bureaucratic negotiation to get the blood pumping!

Good luck trying to figure out if “Yes” means yes or if an absence of “No” means yes or if silence is consent or whatever the hell is going on. Choose wisely though, as your life and welfare may depend on it.

Here’s the simple solution: The great Motown prophet Marvin Gaye once proclaimed, “Let’s Get it On!”  Today’s political correctness is telling you “DON’T….JUST DON’T!”

Join a monastery. There’s no contract.

And for God sakes don’t listen to the song below! Kiss. Of. Death!