Virginia Parents Go Off On School Board Over Closures: ‘You Should Be Hanging Your Heads In Shame’ 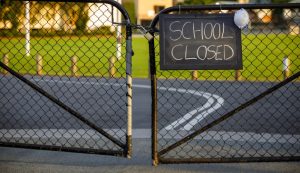 A group of Virginia parents were livid when they went to confront the Loudoun County School Board due to the prolonged school closures, demanding that schools put together an immediate reopening plan during a very explosive board meeting that took place on Tuesday.

Elizabeth Boyko, a mother of a student who attends the local schools, stated that history will look back on the Northern Virginia county and how they handled schools during the pandemic and call it “tragic.”

“You all should be hanging your heads in shame that students remain locked out of schools,” Boyko said to the board. “If you do not step up and put an end to the damage you continue to inflict on tens of thousands of children, who, by the way, are depending on you to do the right thing, then not only will you be voted out in 2023, which you deserve, but your legacies will be tarnished and deservedly so.”

“That is elitist and classist,” Boyko said. “You wouldn’t want your mask to slip to reveal who you really are, do you?”

Some parents became emotional while addressing the board, discussing their children’s struggles with virtual learning. Others clapped and cheered at some of the comments made about reopening schools.

Several parents also had their children try to speak to the board themselves. The board drew almost two hours of public input regarding the reopening of schools.

Brandon Michon, whose tirade against the board went viral in a video posted to social media, said the school board was “more inefficient than the DMV.” Michon’s wife and young son also addressed the board.

“You’re a bunch of cowards, hiding behind our children as an excuse for keeping schools closed,” Michon stated.

He went on to say that “the garbage workers who pick up my freakin’ trash risk their lives every day more than anyone in this school system,” yelling that the school board needed to do something and “figure it out.”

As a parent, this pandemic has brought forth some incredible challenges.

This dad has had enough, we all have. No real metrics to safely open the schools, while the SB continues to kick the can further down the road. Many parents feel just as he does. #LCPS #openschools pic.twitter.com/Oa1GxNMzsp

After Michon had a chance to rip the board a new one, School Board Chairwoman Brenda Sheridan made a request that a deputy make sure Michon leave the room after he yelled that he would keep shouting until they “open the freaking schools!”

Yeah. Think it’s safe to say folks have had enough. It’s time to get schools open and let kids be kids again. It’s not safe at home for a lot of children and they are paying a heavy, heavy price for the way these folks are handling the pandemic.