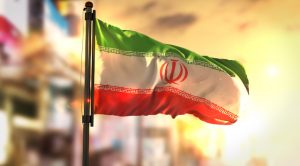 Leadership in the country of Iran has released an animated video that shows a drone strike killing former President Donald Trump.

The video, which was published on the website belonging to Iranian Supreme Leader Ali Khamenei on Wednesday, is a prime example of how much the leadership of Iran is longing for revenge against Trump for ordering the killing of top official Qasem Soleimani back in January of 2020 through a drone strike.

The video, titled “Revenge is inevitable,” begins with a shot of what appears to be a golf course where Trump and an assortment of unnamed individuals are playing. The former president is wearing a “Make America Great Again” hat and appears to have former Secretary of State Mike Pompeo with him.

https://t.co/CrLpUB1Uvr publishes "one of selected works in Hero Campaign”
Named “Revenge Is Definite,” animation shows former U.S. Secretary of State Pompeo & President Trump being targeted by LAW and drone while playing golf at Mar-a-Lago referred to as "Trump's House" pic.twitter.com/zHS3ktGYKZ

The video pans to a drone rolling onto the course, driven by a drone operator reportedly in Iran. The operator is surrounded by images of Soleimani, each showing him in casual garb.

The operator in the animated video then hacks the former president’s phone and sends him a text message saying, “Soleimani’s murderer and the one who gave the order will pay the price.”

The video then ends with the drone flying directly over Trump, followed up by a cut to black with the message in both English and Farsi saying, “Revenge is Definite.”

The clip was published “on the eve of the second anniversary of the martyrdom of General Haj Qasem Soleimani and the accompanying martyrs based on the statements of Ayatollah Khamenei about Martyr Soleimani,” a statement on the website stated.

According to a report from The Times of Israel, the video was created as part of a contest to mark the anniversary of Soleimani’s death.

“The Pentagon defended the decision to kill Iran’s top general, saying that Trump ordered the attack as Soleimani was ‘actively developing plans to attack American diplomats and service members in Iraq and throughout the region,'” the report stated.