VIDEO: Biden Claims 350M Americans Have Been Vaccinated, Which Is More Than US Population…TWICE 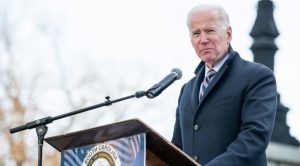 President Joe Biden has once again made a gaffe that has many folks across the country asking whether or not he’s playing with a full deck.

Biden stated on Friday that 350 million Americans have thus far been vaccinated. The problem here is that the number he spouted off is actually tens of millions more people than the actual U.S. population.

“So we have to get more people vaccinated. I said, well over — what’s the number again, I have to remind myself — 350 million Americans have already been vaccinated. They’re doing fine,” Biden went on to say at the White House while making remarks concerning the July jobs report.

He then repeated that same claim at another point later in his chat.

“We have roughly 350 million people vaccinated in the United States, and billions around the world,” the president stated for a second time.

Biden’s claim of 350 million vaccinated is 20 million people higher than the country’s whole population, which hit 330 million last year, according to the Census Bureau.

The Pfizer and Moderna vaccines each require recipients to receive two doses per person. The Johnson & Johnson vaccine is administered in only one dose.

White House Data Director Dr. Cyrus Shahpar has stated that half of the United States has been fully vaccinated against the coronavirus.

There are only 328 million people in the United States. pic.twitter.com/mdJ2VRCp8c

As of Thursday, the CDC came out and stated that roughly 193.2 million people have had at least one dose of the vaccine, with about 165.6 million fully vaccinated with both doses.

Sure, this could’ve been an honest mistake, but given his track record of spewing forth nonsense, especially over the last couple of years, it seems more likely that his cognitive abilities are on the fritz again.