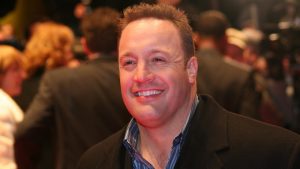 There’s little doubt in mind that actor Kevin James is one of the funniest guys in comedy, a status cemented by the many years he played a leading role on the smash hit sitcom, “King of Queens.”

James is a longtime friend of Adam Sandler and the two have worked together on numerous film projects. However, James has been making a lot of short films lately, well, more like skits, really, on his own YouTube channel that are pretty hilarious.

One he posted up last week called, “Out of Touch,” mocks our response to the coronavirus crisis in all the right ways. The whole film revolves around James and another man running and hiding from the police who are in hot pursuit of them. Before the end of the chase, we’re given a flashback to six hours previously where the reason for the pursuit is explained.

It’s really funny, and right now, we need more funny in our lives.

James and the other man, a runner, are “caught” by nosy passersby exchanging a, gasp, handshake. With their masks on and cellphones in hands, James and runner are reported to the police for their coronavirus indiscretion.

Staring at the narks, James tells the other man, “run,” before the short film ends.

The video is a clear hit on the folks who are all too eager to call authorities on folks not appropriately “social distancing”; these people have been mockingly dubbed “Karens.”

We are living in a time when wacky left-wingers are willing to call the police on their neighbors for not licking the boots of over-the-top government officials putting ridiculously oppressive measures in place to prevent the spread of the coronavirus.

I never imagined a day when being outside, shaking someone’s hand, or heaven forbid, giving a loved one a hug in public, could potentially end with the police being called on you by busybody neighbors.

That’s the sort of thing one expects from Nazi Germany, not the United States.