Victims Of Solarwinds Hack Include Tech Companies, Hospital, And A University 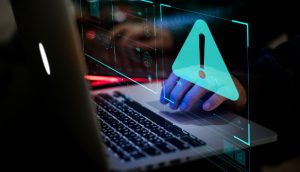 The Russian hack that was revealed last week, that many cyber security professionals have declared to be the biggest one in U.S. history, not only breached U.S. government agencies, but also some tech and accounting companies, along with a hospital and a university.

The Wall Street Journal identified computers at two dozen organizations installed the tainted network monitoring software known as SolarWinds Orion. This program enabled the hackers to insert a backdoor into these companies where they gained access to corporate and personal data.

The victims offer a small window into the sweeping scope of the hack, which could have ensnared as many as 18,000 of Austin-based SolarWinds Corp.’s customers, the company said, after hackers laced a routine software update with malicious code.

SolarWinds said that it traced activity from the hackers back to at least October 2019 and that it is now working with security companies, law enforcement and intelligence agencies to investigate the attack.

Cyber warfare is clearly the future. What makes this so scary is that this sort of warfare involves us all to a degree that we haven’t experienced in a very long time.

Most attacks happen in foreign countries, far away from our homes and cities. This brings everything very close to where we live. And given that everything these days is digital, attacks like this could be devastating.