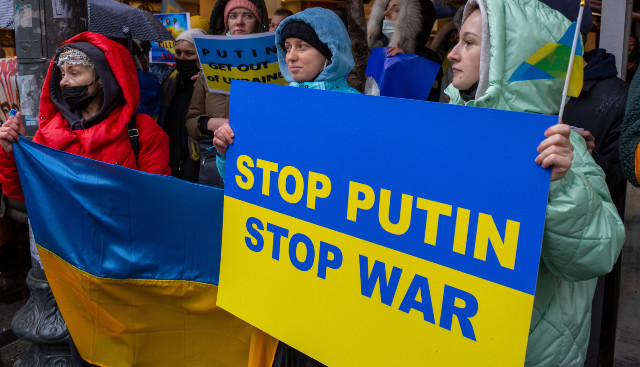 A top U.S. ambassador in Europe has confirmed Thursday that the Kremlin has drawn up kill lists that target Ukrainian leaders and also has a plan in place to use “lethal measures” as a means of putting down protests against the invasion in Russia.

During an address to other diplomats, Ambassador Michael Carpenter stated, “We have credible information that indicates Russian forces are creating lists of identified Ukrainians to be killed or sent to camps following a military occupation.”

Carpenter, who serves as the U.S. representative to the Organization for Security Cooperation in Europe then went on to tell the council, We also have credible information that occupying Russian forces will likely use lethal measures to disperse protests or otherwise counter perceived resistance. Given what we have seen in past Russian operations, we expect that the Russian Federation will try to force the population to cooperate through intimidation, abuse, and repression — including through targeted killings, kidnappings, detentions, and physical abuse.”

The comments made by Carpenter conjure up images of communist-era roundups.

So far, Ukrainians have not appeared to be intimidated by the Russian troops. Many have been shown training with guns and firebombs for the first time and using them against the invading forces.

In his comments, Carpenter pressed for an international humanitarian campaign. The Biden administration has pushed forward a $32 billion bill.

And as past administrations have tried to do in separating Muslim terrorists from Muslim people, Carpenter urged the world to separate the Kremlin leadership from the Russian people.

“I want to point out that the blanket term ‘Russia’ applies first and foremost to the Russian government and its representatives, but not to all Russians. As the Russian dissident and opposition politician, and also my friend, Vladimir Kara-Murza wrote recently, ‘It’s not just the West that opposes Putin’s war on Ukraine. A lot of Russians do, too,’” he remarked.