UPDATE: Guess What Happened to the Liberal Professor – Instant Karma! 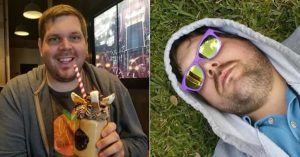 Liberal Professor Ken Storey from the University of Tampa tweeted out that Texas deserved the devastation of Hurricane Harvey because they voted for Trump.

“This apology did not prove to be enough to save Storey from his bad-take, as the University of Tampa posted a press release today stating: “We condemn the comments and the sentiment behind them, and understand the pain this irresponsible act has caused. Storey has been relieved of his duties at UT, and his classes will be covered by other sociology faculty.”

However, the former University of Tampa professor is not the only American whose political opinions block empathy for Hurricane Harvey victims, as a Slate reader wrote to the site’s advice column, “Dear Prudence,” to discuss her partner’s refusal to donate to hurricane victims due to a fear that she may inadvertently help a Trump supporter in need.