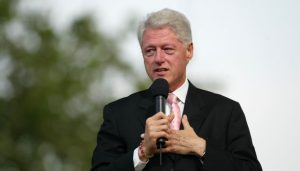 The news today is continuing to be dominated by all of this coronavirus nonsense, as it has for almost eight months now, while other major stories are getting less than the air time they certainly deserve.

How is this possible?

The data include records of a 2011 meeting between accuser Virginia Giuffre and her lawyers where she talked about the powerful people in Epstein’s orbit who she said either flew on his private Boeing 727 or stayed on his private island in the Caribbean.

One of the names mentioned was that of former President Bill Clinton.

The newly released documents include a conversation that accuser Giuffre had with her lawyers nearly 10 years ago as part of her civil case against Maxwell in 2015.

Emails between Epstein and Maxwell:

Epstein instructs Maxwell on how to deny allegations.

She had "done nothing wrong."

"Go to parties. Deal with it." pic.twitter.com/vnAK2Y56ze

Sometime during the conversation, things turned to whether or not Giuffre remembered if Epstein had said that Clinton owed him “favors.”

She answered, “Yes I do. It was a laugh, though. He would laugh it off. You know, I remember asking Jeffrey ‘What’s Bill Clinton doing here?’ kind of thing, and he laughed it off and said, ‘Well, he owes me a favor.’ He never told me what favors they were. I never knew. I didn’t know if he was serious. It was just a joke.”

Again, why is this not the most talked about story of the day? It’s certainly newsworthy. Every major outlet in the world should be salivating over this, but it doesn’t seem they are.

Makes you wonder, doesn’t it?