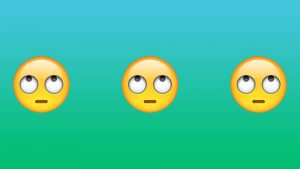 There’s nothing quite as offensive as when someone uses an emoji that is not the same gender and/or ethnicity as you are, amirite?

This is apparently what the good folks over at Colorado State University’s Inclusive Communications Task Force think of their peers, as indicated in a recent post offering ways to make one’s social media experience…say it with me now…more inclusive.

In the article, 10 Ways to Make Your Social Media Channels More Inclusive, they have some tips on best practices for super-ultra-refined-politically-correct-for-2018 social media accounts, such as always using gender-free pronouns and yellow, ethnic-free emojis.

I’m sure their suggestions on how to solve world hunger and cure cancer are coming out any day now.

They have some handy example posts too, to show just what pure, undefiled political correctness really looks like on Instagram.

And when they recommend using “the yellow emojis when addressing a diverse audience,” they’ve clearly avoided reinstating federal segregation laws by following up the caption “Sun setting = it’s officially the weekend in #Ramcountry” with a handy, ethnically-neutral yellow thumbs up emoji.

Finally, to illustrate how to best “avoid gendered emojis when possible,” and “instead use one of the variations of the yellow smiley faces or object emojis,” they include a very handy gender-free smiley with the caption “Winner, winner, chicken dinner. Here are your #StateOfSummer photo winners.”

While their heart is in the right place, I think they’re missing a few things.

The Daily Wire’s Frank Camp has a little bit of feedback for this well-meaning inclusivity team:

According to LiveScience, “rams are male bighorn sheep…[that] often settle arguments with fights that include ramming their heads into others.” I’m certain there are individuals on campus for whom the ram is a representation of toxic masculinity, the patriarchy, and heteronormativity. Calling someone a “ram” could be perceived as an act of violence.

Using only yellow emojis is basically a slap in the face of representation. A lack of emoji diversity could have a severe and negative impact on the mental state of minority students.

“Winner, winner, chicken dinner” is a vile caption that not only excludes vegans and vegetarians from the student body, but one which reminds them of the violence their animal brothers and sisters have to endure on a daily basis. Additionally, using the word “winner” implies that there is a “loser,” and therefore a “lesser-than.” Terminology that is less othering would be preferred.