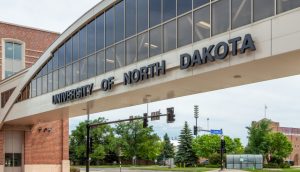 The University of North Dakota has decided to throw away plans to put a policy for transgender students into action after a state Catholic group warned parents of students who are attending Catholic high schools about all that it would entail.

The policy in question would have allowed students identifying as transgender to use facilities  that correspond to their gender identity and would require that students be addressed by their chosen pronouns.

This same policy would also enable transgender students to join fraternities and sororities based on their gender identity.

The draft policy had been sharply criticized by the North Dakota Catholic Conference, which told parents in a letter earlier this month that when selecting a school, they should consider “the campus environment and whether it is conducive or hostile to not only the Catholic faith but also the truth about the human person.”

“Unfortunately, colleges and universities across the nation are enacting policies that not only impose flawed ideologies on students but also restrict their rights to free speech and religion,” the letter read.

The letter was written by Christopher Dobson, the general counsel for the North Dakota Catholic Conference, and it was sent on behalf of the two Catholic bishops in North Dakota.

“The proposed policy even requires student organizations to use preferred pronouns, accept expressed genders, and reject binary understandings of gender even if doing so conflicted with their sincerely held religious beliefs,” the letter stated.

The letter, which was dated Jan. 11, earned a response from University of North Dakota President Andrew Armacost, who held a press conference three days later saying statements from Dobson had “yielded widespread confusion and misinterpretation among many people in the community.”

However, Armacost made an announcement last Friday that the draft policy would be thrown out, stating that “existing policies already provide equal opportunity protections to all of our campus members.”

“The conversations over the last week illustrate the importance of our strong and enduring commitment to free speech, the free exchange of ideas, and a civil dialogue, which are central to the mission of our university,” Armacost remarked. “This illustrates my vision for a campus where we come together to address our differences rather than driving each other apart.”