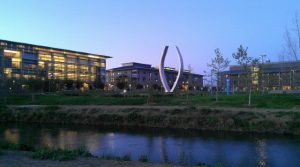 A professor employed with the University of California, Merced, is now facing disciplinary action after he went on a vicious tweet storm slamming Israel, mocking the Holocaust, and praising violent terrorist groups.

Abbas Ghassemi, who is an engineering professor, was recently condemned for the tweets over the Christmas holiday season after several of his anti-Semitic statements went public. In one tweet, Ghassemi refers to Israel as “IsraHell” and then made fun of the Holocaust.

This dude is a real piece of garbage, folks.

Here’s more on this from The Free Beacon:

Ghassemi remains employed by the university, and reports indicate he has hired a lawyer who specializes in First Amendment issues. While U.C. Merced has condemned Ghassemi’s tweets, it remains unclear if it has legal grounds to fire him. Ghassemi is listed as a “teaching professor” on the school’s website, a position that grants a certain level of employment security. As universities across America deal with an uptick in anti-Semitism and violence against Jews, some professors who have come under fire for anti-Semitic statements remain employed, including at Northwestern University, where Holocaust-denier Arthur Butz still has a teaching gig.

U.C. Merced officials said the school is conducting “an inquiry into potential violations” of the faculty conduct code “to determine what consequences are appropriate.” A university spokesman would not comment beyond that statement when reached on Tuesday by the Free Beacon.

Liora Rez, director of StopAntisemitism.org, described the professor’s tweets as “maniacally horrific” and said, “U.C. Merced needs to immediately cease their relationship with Abbas Ghassemi to make it clear that radical Jew-hating and anti-American agendas are not welcome on their campus.”

Ghassemi did not respond when the Free Beacon attempted to reach out to him for a comment.

Folks, this is a sick and twisted individual. Here’s a person who is allowed to help shape young minds at a time when they are the most susceptible to the horrors of progressivism. He should never be allowed to teach ever again.

Just imagine if a conservative said half the things this guy said. There’s no way that individual would work in the halls of academia again. And rightfully so.

Here’s to hoping the punishment for Ghassemi fits the offense.