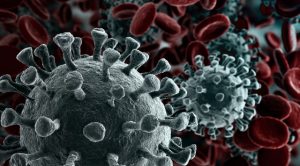 With all of the chaos and hatred floating around the country right now, we could use a little bit of good news, don’t you think? Well, here’s a little bit of something that ought to put a smile on your face. Apparently, over the weekend, on Sunday specifically, the United States experienced the lowest number of COVID-19 since late March.

And this is all happening amid the reopening of states and economies across America. We need this right now.

According to reports from Worldometer, which is a website that collects data from official government sources, we had 267 deaths on Sunday, which is the lowest since the 268 we had on March 24.

This doesn’t mean that those deaths are okay or acceptable. It’s terrible that they happened. But compared to the numbers we were pulling down for awhile there, this definitely an improvement.

More than 2.3 million cases of the virus have been confirmed in the U.S. since the pandemic began in January, and 122,000 people have died. Worldometer estimates nearly 1 million people have recovered after falling sick with the virus.

As states begin phased reopening measures in accordance with Centers for Disease Control and Prevention guidelines, some states reported spikes in cases.

Dr. Anthony Fauci, one of the leading experts in the field of infectious diseases noted that when you start doing more testing, you’ll obviously see an uptick in cases, so it’s only when that percentage shoots up higher that you have to be worried about a major second spike.

Here’s to hoping we can officially, here soon, put this awful illness and the insanity it inspired, in the rearview mirror and keep on trucking forward. The last thing we need is to keep everything shutdown and destroy our economy.

Even liberal economists have acknowledged this much.