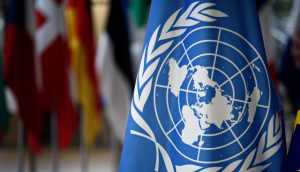 Representatives from the United Nations have now called upon the Taliban terrorist organization, who gained power in Afghanistan after President Joe Biden’s miserable failure of a troop withdrawal last summer, concerning the release of information about two journalists who recently went missing.

The two reporters, Aslam Ejab and Wares Hasrat, of the local news station Ariana News, were arrested by the Taliban on Monday. The two have not been released, which has prompted some officials at the U.N. to express worry over their safety.

Mounting concern about restrictions on media & free expression. UN urges Taliban to make public why they detained these @ArianaNews_ reporters & to respect Afghan's rights. We continue call on Taliban to make clear the whereabouts of women activists who went missing two weeks ago https://t.co/hk79tKp4FT

UNAMA has also requested that the Taliban release information concerning a group of women’s rights activists whose house was raided by group officials and were allegedly beaten back on Jan. 20.

Ejab and Hasrat were taken Monday afternoon, according to Ariana News Manager Ali Asghari. However, the identities of the captors were not revealed. Ariana News head Sharif Hassanyar claims that the Taliban were responsible.

A Taliban spokesperson told Reutersthat they were investigating the abduction but denied that the Taliban had arrested the journalists.

The Taliban have had a complicated history involving its handling of journalists and women. 40% of Afghan journalists have lost their jobs since August, according to the nonprofit group Reporters Without Borders. Despite these job losses, the Taliban have attempted to present themselves to the international community as pro-press freedom. Foreign Affairs Ministry spokesman Abdul Qahar Balkhi told Deutsche-Welle that they have a “very free and vibrant press” and that the shutdowns are due to a lack of donor funding, not because the Taliban are shutting them down.

There has been a significant threat to female journalists in the country as well. The Taliban’s Ministry for the Promotion of Virtue and Prevention of Vice has upped the number of restrictions concerning how journalists are allowed to present themselves on television, which includes requiring female anchors and reporters to sport hijabs.

Those who are not willing to comply with the rules are forced to leave the country.